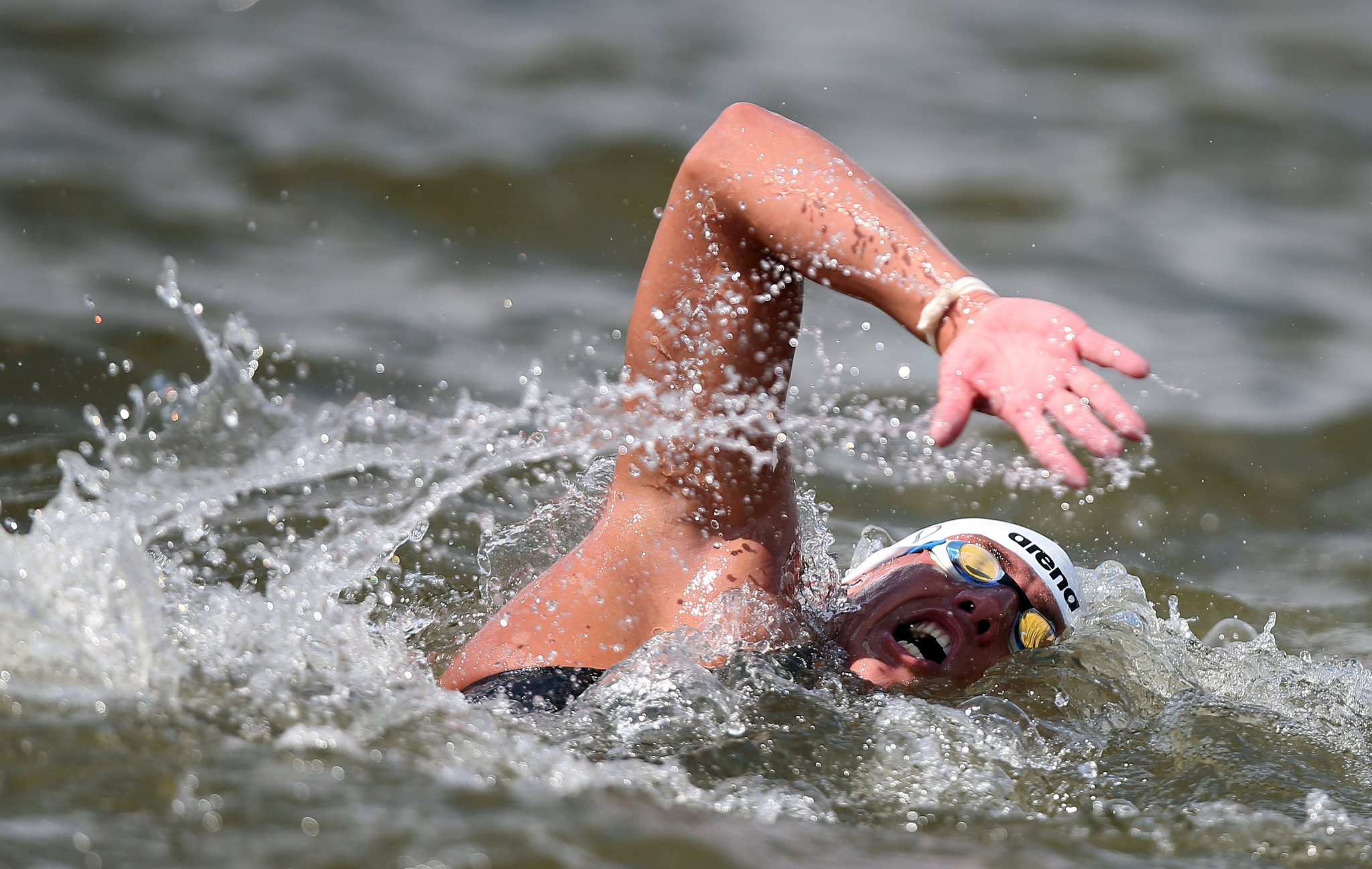 Almost perfect conditions were reported for a punishing 32 kilometre course between Péribonka and Roberva in Quebec.

He won by a comfortable margin of nearly ten minutes as he clocked 7 hours 13min 31sec.

"I could not have imagined what just happened," Schouten said to Le Journal de Quebec.

"Last year, I won the 10km, but it was nothing compared to the number of people present today in the stands to encourage me.

"I had the plan to get ahead when the peloton was going to be too slow because normally I get cold in this situation.

"I had to warm myself up.

"When your muscles are cold, you have a problem.

"It's better to create your own rhythm."

The Dutchman had not competed over this distance for three years and celebrated with a back-flip into the water.

Christopher Deegan of Australia won silver in 7:23:16 and Matias Diaz Hernandez of Argentina took bronze in 7:32.41.

The French winner improved on her second place from last year.

"The goal was to do better and I did better, so yes, I'm happy," she said.

Lake Ohrid in North Macedonia and Albania will host the next leg of the FINA UltraMarathon Swim Series, the fourth of the season, on August 24.