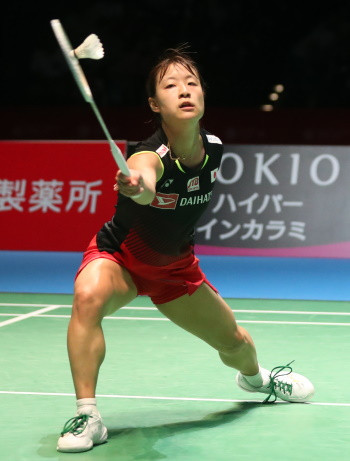 Third seed Nozomi Okuhara and fourth seed Akane Yamaguchi will meet in an all-Japanese women's singles final at the Badminton World Federation (BWF) Japan Open in Tokyo, a competition doubling as a test event for next year's Olympic Games.

The Olympic bronze medallist took the first game and held off a late rally from the Canadian in the second to clinch a 21-12, 21-18 win.

Yamaguchi joined Okuhara in the final as she continued her pursuit of a second consecutive BWF World Tour title by defeating second seed Chen Yufei of China.

The Indonesia Open winner avenged the loss she suffered to Chen in the final of the Sudirman Cup earlier this year with a 21-15, 21-15 triumph.

There will also be Japanese interest in the men's singles final as defending champion and world number one Kento Momota beat India's Sai Praneeth Bhamidipati 21-18 21-12 in the last four.

Action at the BWF World Tour Super 750 event is due to conclude tomorrow.

The tournament is part of the "Ready Steady Tokyo" test event series for next year's Olympics in the Japanese capital.