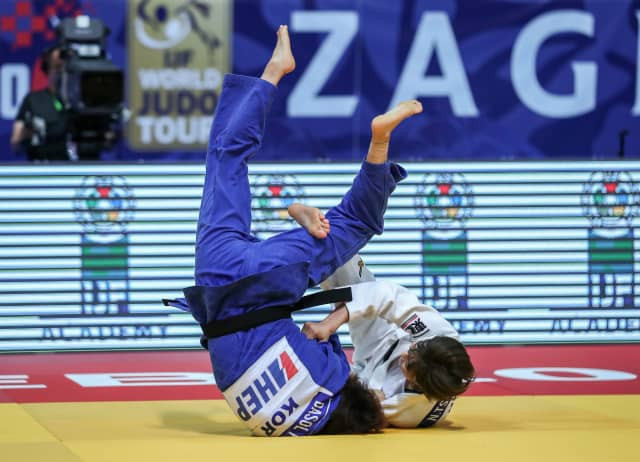 Five nations shared five golds on day one of the International Judo Federation (IJF) Grand Prix in Zagreb, the final event before next month’s World Championships.

Former world silver medallist Natsumi Tsunoda kept her name in the frame to represent Japan in the under-52 kilograms category in next year’s Tokyo Games as she beat Asian Games silver medallist Park Da-sol of South Korea.

Tsunoda is behind world champion Abe Uta and world silver medallist Shishime Ai in terms of Tokyo 2020 selection and did not make the team for the imminent World Championships.

But the way in which she disposed of a talented opponent will not have escaped the selectors’ attention.

After the pair had contested victory for more than 10 minutes on the tatami – and four and a half minutes into golden score time – Galbadrakh found the way to win.

Britain’s Ashley McKenzie suffered bitter disappointment with 15 seconds remaining in his under-60kg men’s final against Uzbekistan’s Sharafuddin Lutfillaev when he was judged to have been passive and thus incurred his third shido.

Until that moment the Briton, who is seeking a third consecutive Olympic representation next year, appeared on the verge of his first Grand Prix gold at the 37th attempt.