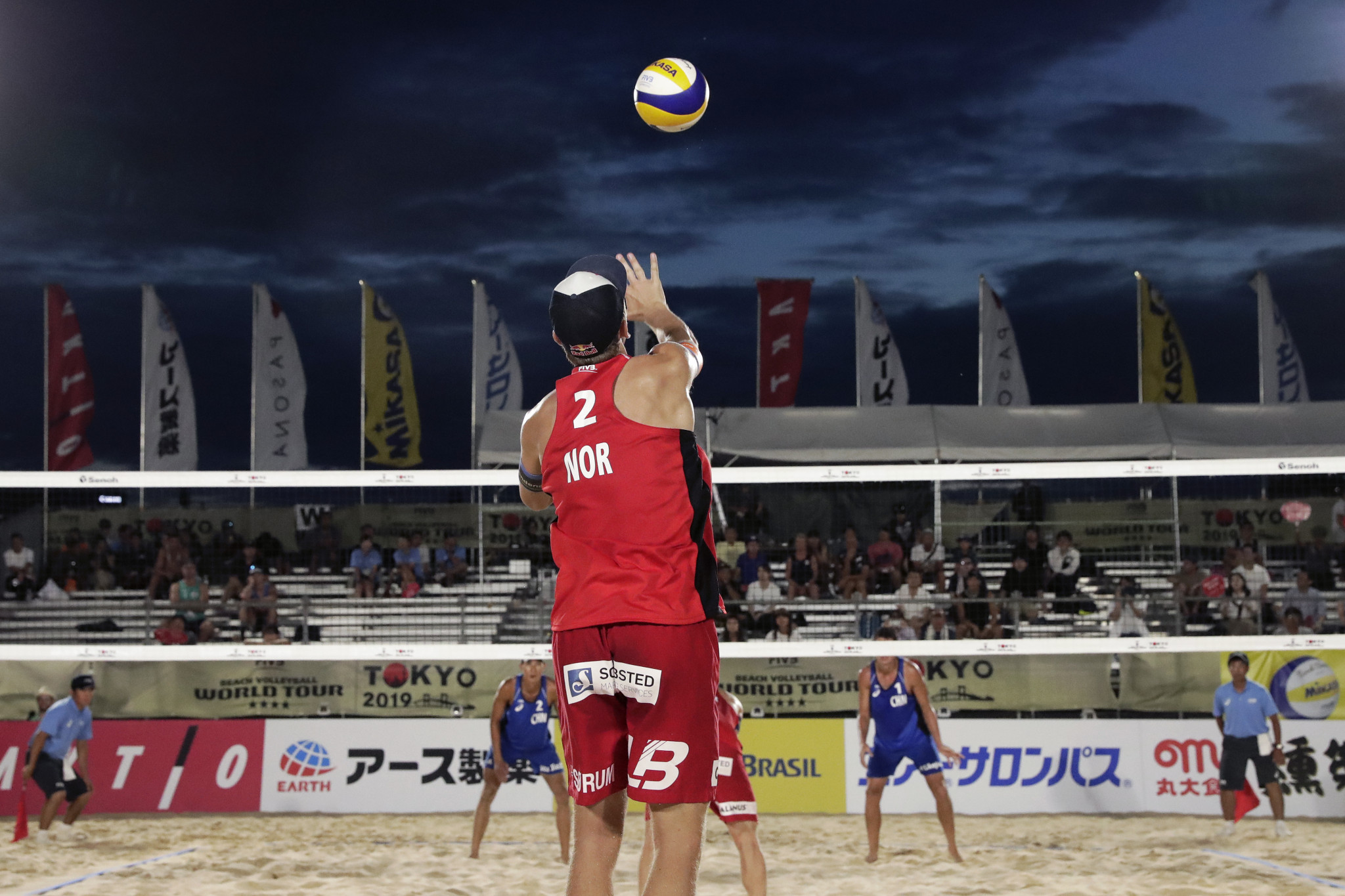 The Norwegian duo booked a place in the last eight with a 21-19, 21-12 victory over China's Wu Jiaxin and Ha Likejiang at Shiokaze Park, the venue for the sport at Tokyo 2020.

Mol and Sørum will play seventh seeds Tri Bourne and Trevor Crabb for a semi-final berth after the American team defeated Philipp Bergman and Yannick Harms of Germany 21-16, 21-11.

Third seeds Andre Loyola and George Wanderley of Brazil are also through following a 21-16, 21-19 win against compatriots Saymon Barbosa and Gustavo Carvalhaes.

Nils Ehlers and Lars Fluggen of Germany, the last pair who came through qualification left in the main draw, await for the Brazilian team in the quarter-finals after beating Canada's Sam Pedlow and Sam Schachter 17-21, 23-21, 18-16.

Friday play has begun at the #BeachWorldTour 4⭐ Tokyo Open 🇯🇵! Pool play wraps up and men's Round 1 happens later today!

"We are elated with our play this week," said Fluggen.

"Right now, I cannot tell you how we beat the Canadians.

"We just played our game and Nils made a big block at the end of the match.

"We are exhausted and just trying to get ready for tomorrow."

The tournament is doubling as a test event for Tokyo 2020 and organisers yesterday tested misting sprays and air-conditioned tents as part of measures designed to combat expected high temperatures.