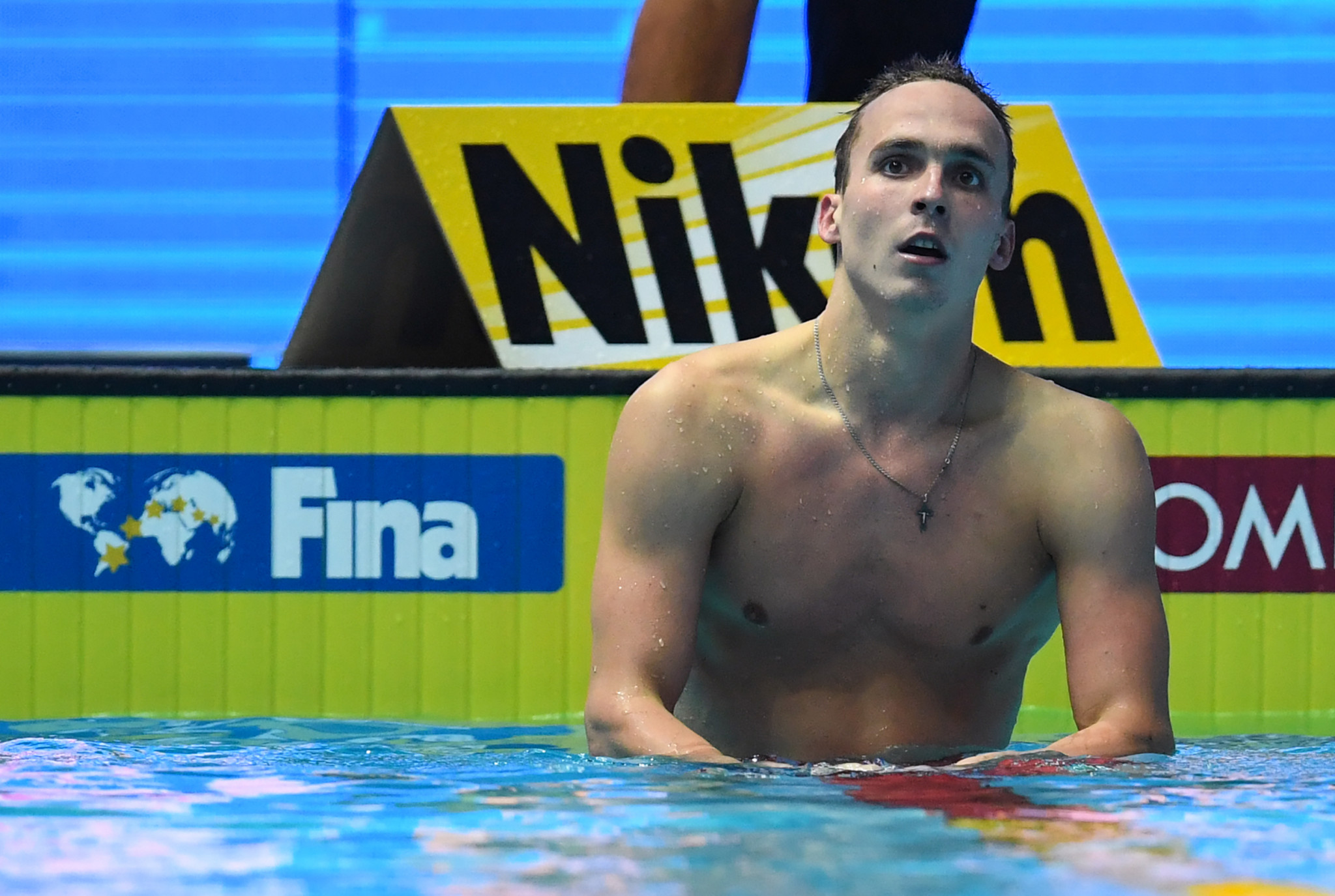 Russia's Anton Chupkov broke the world record on his way to retaining his 200 metres breaststroke title as Caeleb Dressel and Regan Smith of the United States produced superb swims to set new global marks at the World Aquatics Championships in Gwangju.

The 22-year-old Olympic bronze medallist smashed the previous world record of 2:06.67, set by Japan's Ippei Watanabe in 2017, as he edged out Australian Matthew Wilson, who equalled the Japanese swimmer's time in the semi-finals.

Dressel and Smith took the spotlight away from the medal races in the pool with sensational performances to set world records.

The 22-year-old Dressel, who won his third gold medal of the Championships yesterday, beat a record held by legendary compatriot Michael Phelps as he clocked 49.50sec in the men's 100m butterfly semi-finals.

Phelps had held the world record since he stopped the clock at 49.82 at the 2009 World Championships.

It was the second of Phelps' world records to be broken in the past three days after he lost the 200m butterfly mark to Hungarian teenage star Kristóf Milák.

While Dressel's performance was to be expected given his form at the event, the same could not be said for 17-year-old Smith, who lowered the world 200m backstroke record to 2:03.35, considerably quicker than Missy Franklin's 2:04.06 from the 2012 Olympic Games in London.

“I really don’t believe it.

There was further glory for the American team as Olympic champion Simone Manuel defended her women's 100m freestyle crown in 52.04.

Manuel had threatened to break the world record at the turn but was unable to match her pace from the first 50m in the second half of the race.

The 22-year-old still finished comfortably ahead of the rest of the field as Cate Campbell of Australia earned silver in 52.43, while Sweden's Sarah Sjöström claimed bronze in 52.46.

Yuliya Efimova of Russia lived up to her pre-race billing as favourite as she easily retained her women's 200m breaststroke title in 2:20.17.

Efimova, who had been denied another showdown with arch-rival Lily King after the American was disqualified in controversial circumstances yesterday, sealed gold in front of South African Tatjana Schoenmaker.

The success for Russia continued in the men's 200m backstroke as Evgeny Rylov powered to his second straight World Championships gold medal in 1:53.40.

Ryan Murphy of the United States finished in 1:54.12 to claim silver and Britain's Luke Greenbank clocked 1:55.85 to clinch bronze.

Australia's Mack Horton returned to the headlines following his podium protest against China's Sun Yang as he anchored Australia to gold in the men's 4x200m relay.

Elsewhere, the US sealed a record-extending sixth world women's water polo title with a convincing 11-6 win over Spain.

In a repeat of the 2017 final, the US controlled proceedings from start to finish to maintain their dominance of the event on the world stage.

Australia won the bronze medal by defeating Hungary 10-9 in a thrilling third-place playoff.