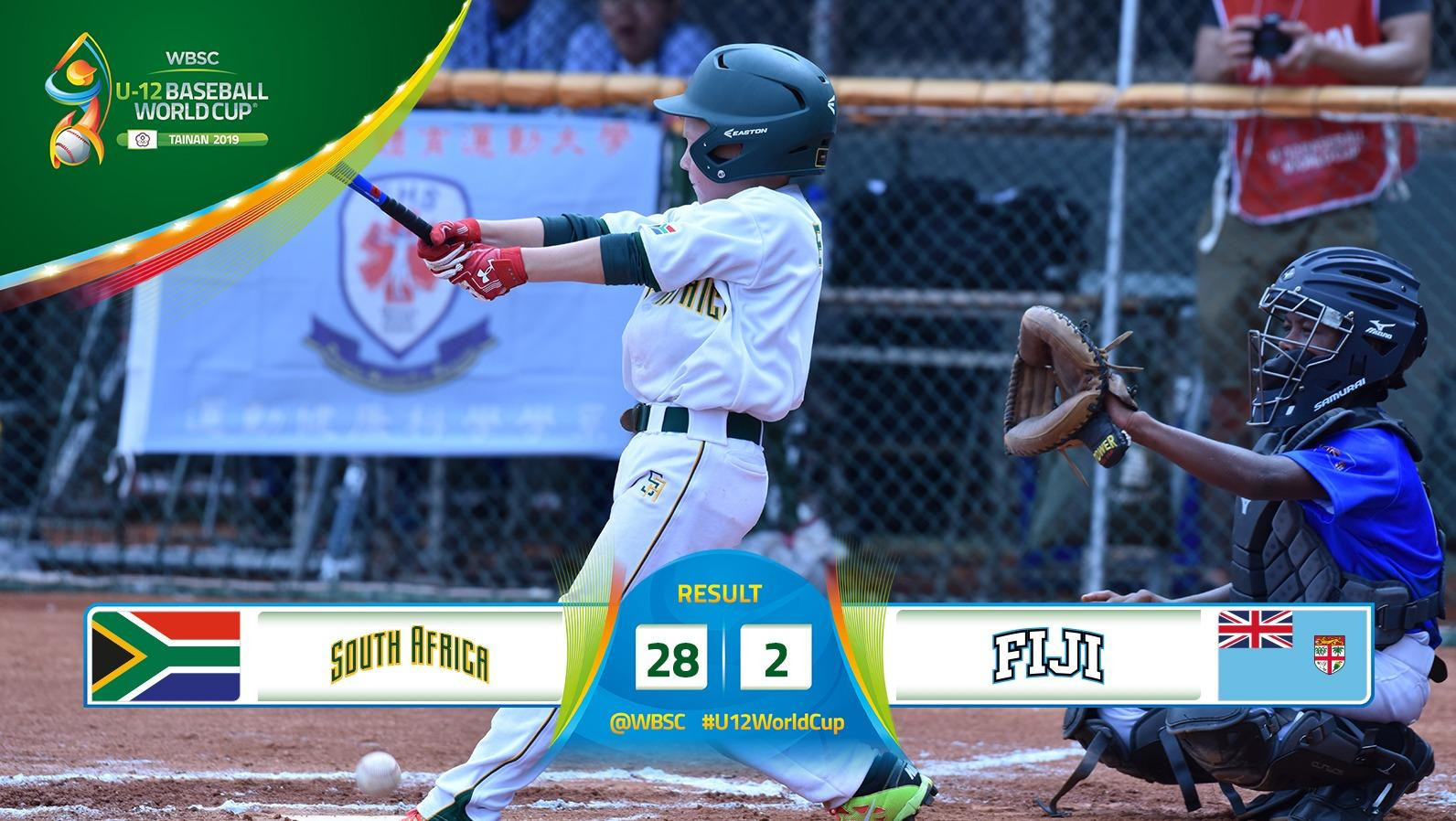 South Africa racked up the biggest win on a heavy-scoring opening day at the World Baseball Softball Confederation Under-12 Baseball World Cup.

They got off to the ideal start by sweeping aside Fiji 28-2 in Tainan in Chinese Taipei.

The hosts, who are Asian under-12 champions, also opened with a victory as they saw off Cuba 4-2, while Japan were comfortable in defeating the Czech Republic 21-0.

In Group B, the United States, who are gunning for a fourth title in a row, powered past Australia 10-0.

The top three teams from each group will advance to the super round where results will carry over, with the top two teams in this then contesting the final on August 4.