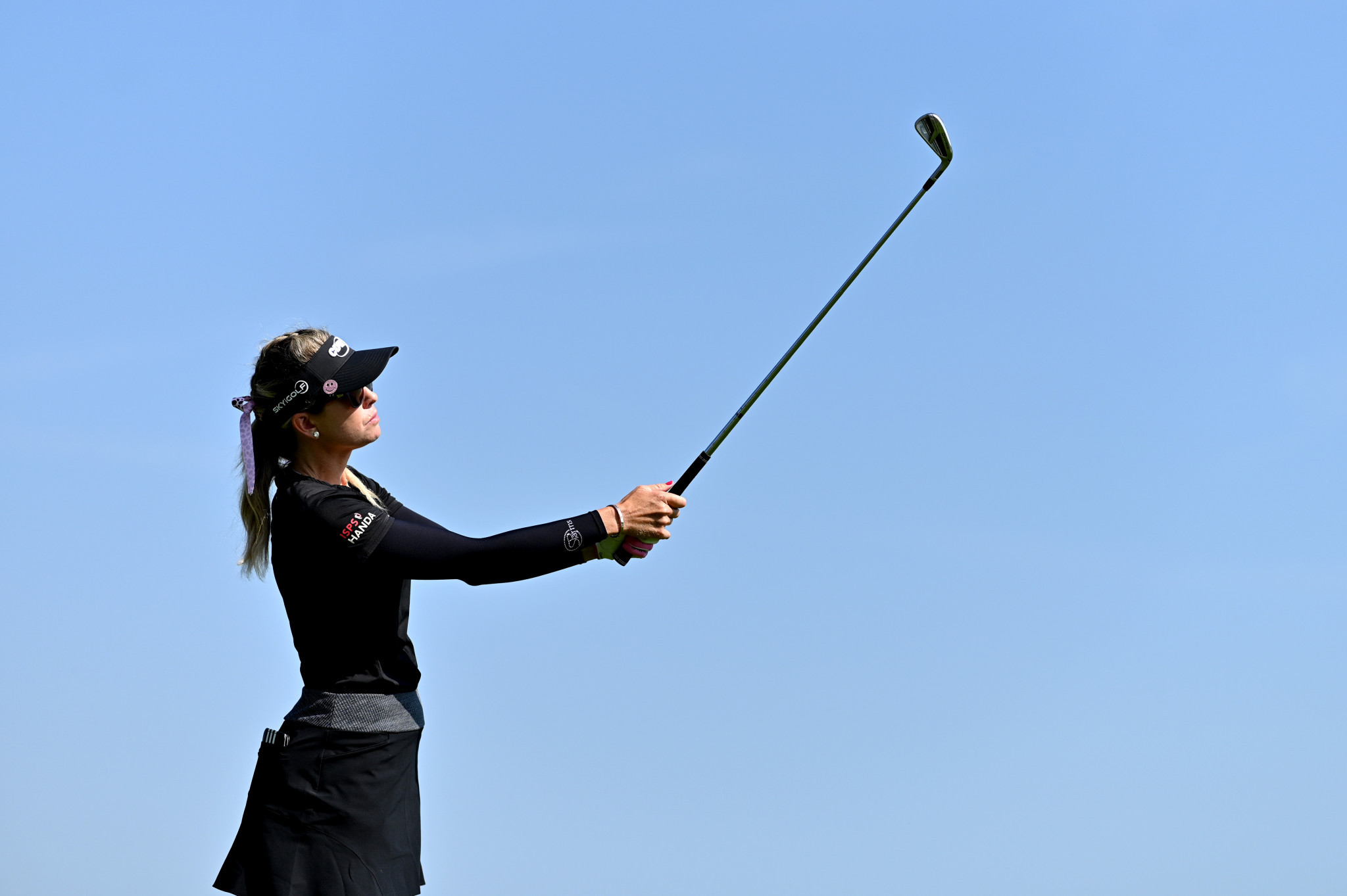 Paula Creamer of the United States holds the lead after the first round of the Evian Championship, the fourth women’s golf major of the year, after shooting a bogey-free, seven-under 64.

As the temperature rose well above 30 degrees Celsius, Ko Jin-young of South Korea, the world number two who won her first major this year at the ANA Inspiration, finished one shot behind along with compatriots Lee Mi-hyang and Inbee Park, a seven-times Major winner, as well as Brittany Altomare of the United States.

Two shots behind Creamer at the Evian Resort Golf Club in Évian-les-Bains, France are Jennifer Kupcho of the United States – the inaugural Augusta National Women's Amateur winner in April – and Mel Reid of England, who got the day's only eagle at the 18th.

Top-ranked Park Sung-hyun was among three players on four-under, three shots back.

When Creamer last topped a major leaderboard, she won the 2010 US Open by four strokes to secure her ninth title on the Ladies' Professional Golf Association (LPGA) Tour.

The Evian Championship carries mixed memories for the 32-year-old Creamer, who won the Evian Masters aged 18 but withdrew injured from the 2017 event requiring surgery on her left wrist and subsequently endured a 2018 season without a top-10 finish – and against a background of a marriage break-up.

The 10-times winner on the LPGA Tour is currently ranked 156th.

''It's been crazy these past four or five years in my life,'' she told AP.

''It's hard enough out here, then you bring your other life into the mix of things.''

Now, however, she added: “Mentally I'm in a very, very strong place.''

The Evian Championship went back to July in the calendar having been being moved to September when getting major status in 2013.

The switch aimed to avoid seasonal rain which twice made it a 54-hole event.

However, storms and rain are forecast for the weekend and organisers have moved tomorrow's tee times forward by 30 minutes in a bid to beat the worst of the weather.