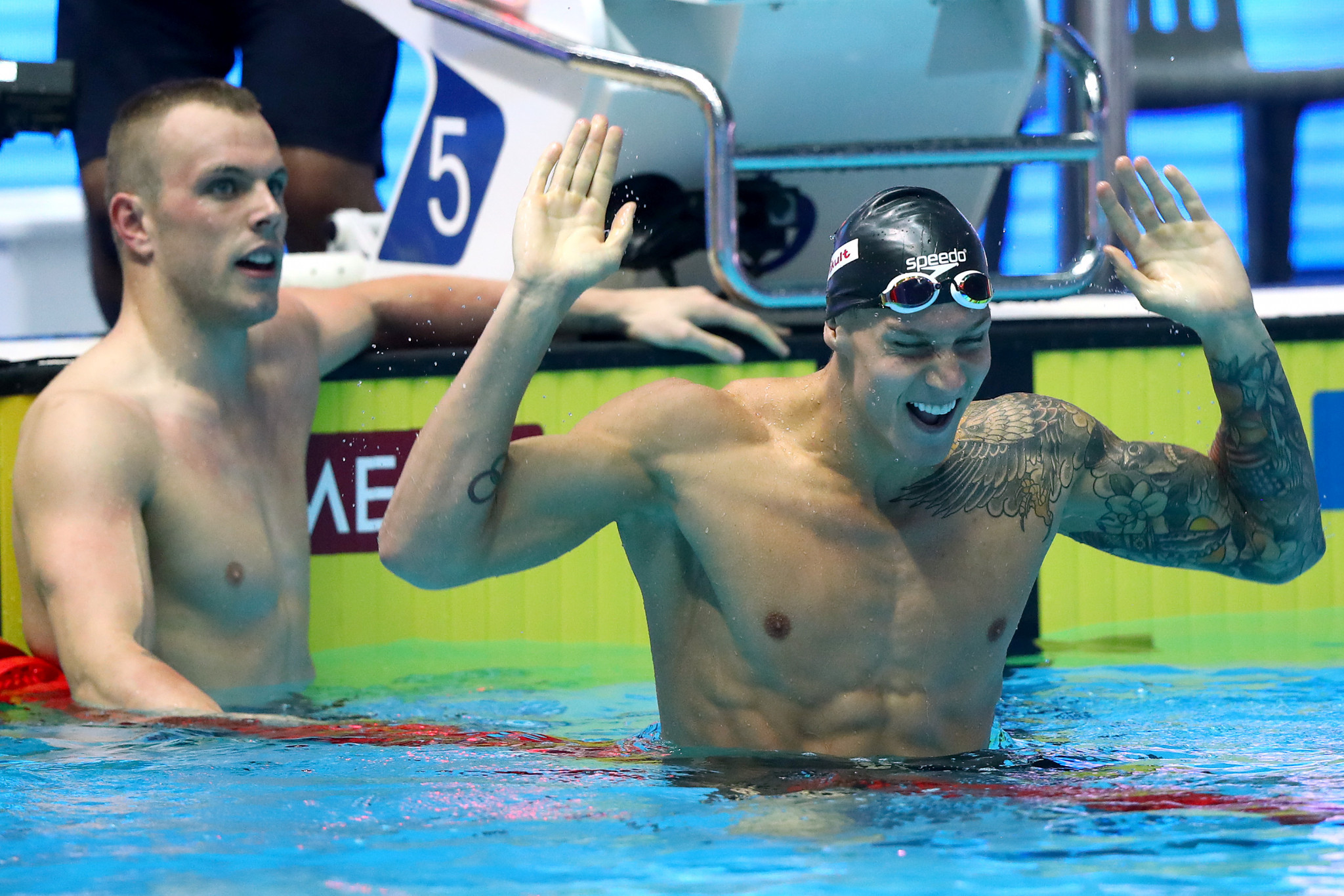 American Caeleb Dressel put in an exceptional display to win the men's 100 metres freestyle at the World Aquatics Championships in Gwangju as his compatriot Lilly King suffered a controversial disqualification.

Dressel won his third gold medal in South Korea as he clocked 46.96sec, the third quickest in the discipline of all time.

He had already taken gold in the 50m butterfly and men's 4x400m freestyle relay at the Nambu University Municipal Aquatics Center, as well as a silver in the mixed 400m medley relay.

His display today saw him defend his 2017 title and is also the fastest time ever by a swimmer wearing a textile suit.

"I know I was just off the world record, but really the goal was just to swim the best race that I could," Dressel, a double Olympic champion, said.

"There were some things I could have cleaned up tonight, but I am extremely happy with it.

"It took 100 per cent effort, and I had someone right there on my tail for me to race."

Australia's Kyle Chalmers won silver in 47.08 with bronze going to Vladislav Grinev of Russia in 47.82.

King, already the 100m breaststroke champion from Gwangju, seemed to have won her heat over 200m but was then disqualified for failing to touch the wall with both hands at the first turn.

A formal protest was rejected by the International Swimming Federation (FINA) and King then escalated the matter to a jury, which also ruled against her.

The American has been an outspoken critic of FINA and its doping record, and developed bad blood with Russian breaststroke rival Yuliya Efimova who has served a drugs ban.

King has also criticised the decision to allow Sun Yang to compete in Gwangju where the Chinese has won two gold medals.

Both Australia's Mack Horton and Britain's Duncan Scott have publicly protested against Sun during medal ceremonies at the Championships with the Chinese accused of deliberately smashing his blood sample after an argument with drug testers earlier this year.

Sun, who denies the allegations, served a three-month drugs ban in 2014 and his latest case is currently at the Court of Arbitration for Sport on behalf of the World Anti-Doping Agency, following FINA's decision to only issue a warning.

Olivia Smoliga also struck gold for the US today as she won the 50m backstroke in 27.33.

Brazil's reigning champion Etiene Medeiros was only 0.11sec back for silver as Daria Vaskina of Russia won bronze in 27.51.

She did enough to fend off two Americans as Hali Flickinger clocked 2:06.95 for silver and Katie Drabot 2:07.04 for bronze.

Other action in the pool saw Australian Matthew Wilson equal the 200m breaststroke world record of 2:06.67 in the semi-finals.

Today also saw the men's water polo semi-finals with Spain and Italy booking their place in the gold medal game.

The Spanish ended the defence of world champions Croatia with a 6-5 victory, while Italy saw off Hungary 12-10.