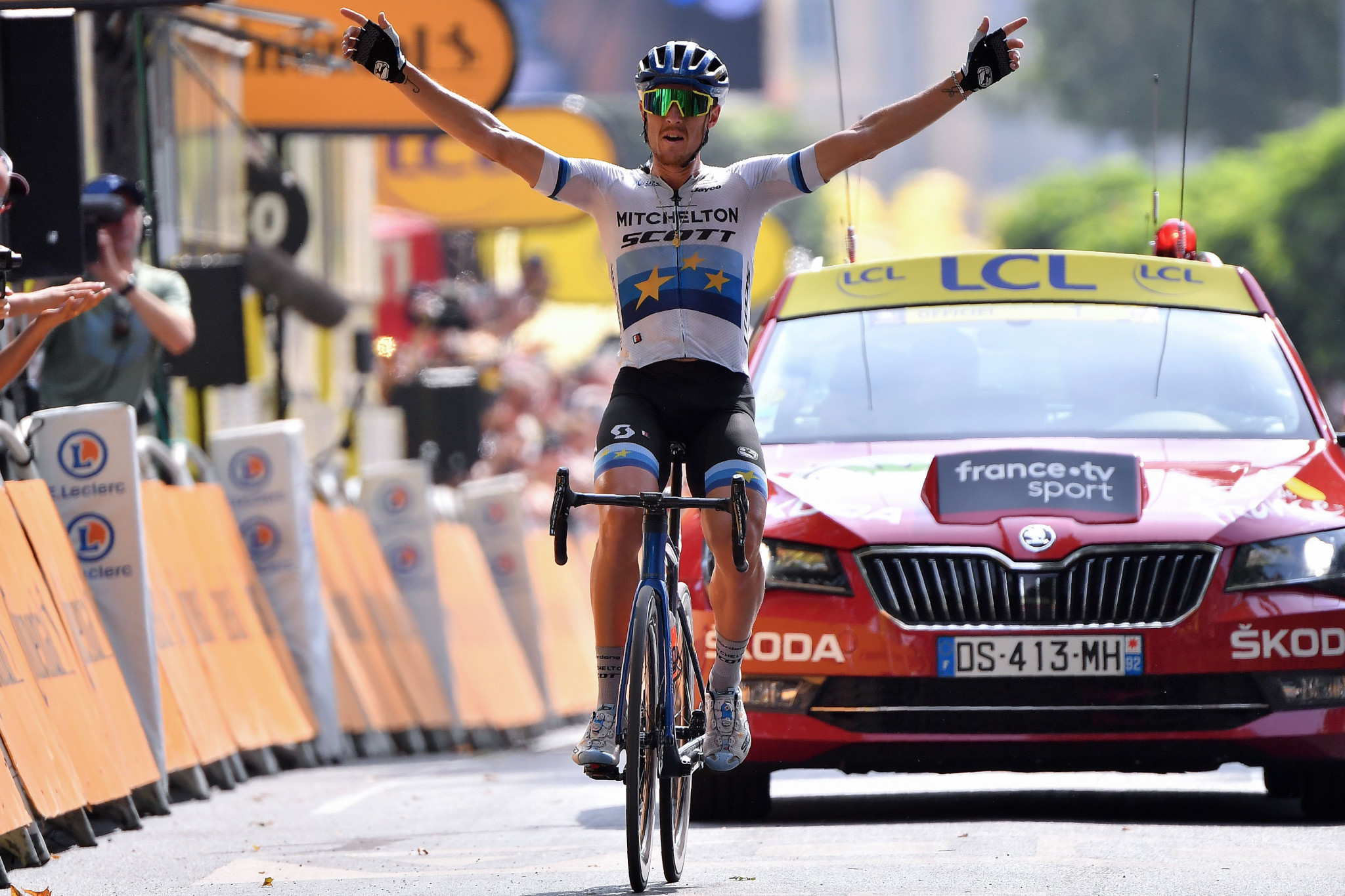 Italy’s Matteo Trentin escaped from a breakaway group to win stage 17 of the Tour de France as Julian Alaphilippe retained the overall lead.

Trentin, who rides for Mitchelton-Scott, triumphed in 4 hours 21min 36sec for the 200 kilometres route from Pont du Gard to Gap.

Victory secures the 29-year-old his third Tour de France stage win, following those in 2013 and 2014.

It also continues the most successful Tour de France in Mitchelton-Scott’s history after successes for South Africa's Daryl Impey on stage nine and Britain's Simon Yates on stages 12 and 15.

"This win is worth two wins because after stage 10 to Albi, I thought my chances to win a stage were today," Trentin said.

"I had stage 12 to Bagnères-de-Bigorre in mind and it went well because my team mate Simon Yates won it from our breakaway group.

"Today was definitely my last possibility before three days that are extremely demanding."

Denmark’s Kasper Asgreen of Deceuninck-QuickStep finished 37 seconds behind in runner-up spot, while Belgium’s Greg van Avermaet was a further four seconds back in third.

Asgreen’s team mate Alaphilippe, who finished more than 20 minutes down on the stage leaders in 34th place today, remains 1:35 clear at the top of the general classification standings.

Stage 18, a 208km route from Embrun to Valloire, is due to take place tomorrow.

The 21-stage event is scheduled to conclude on Sunday (July 28).