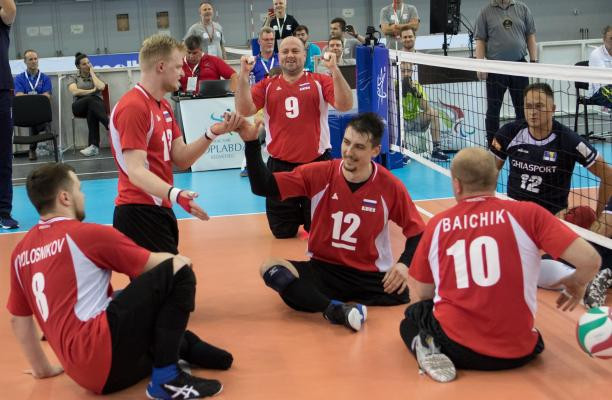 The Russian men’s team survived three match points in an epic final against Bosnia and Herzegovina in Budapest before retaining their European Sitting Volleyball Championships title - and earning a Tokyo 2020 ticket.

The victory completed a clean sweep following the earlier success of Russia’s women’s team at the National University of Public Service.

Russia’s Viktor Milenin won the most valuable layer (MVP) award after masterminding the comeback in the tie-break from 12-14 down.

(1/2) Which teams have made it to @Tokyo2020?@russiavolley (M) join the party after winning the 2019 #EuroSittingVolley crown 👑! Read more about their victory here: https://t.co/8ZItkPQmxC pic.twitter.com/oDVydUon3n

The squad completed their campaign undefeated, not dropping a single set in their seven matches, and became only the second team after The Netherlands to claim consecutive European titles.

Led by tournament MVP Iuliia Mednikova, Russia overwhelmed Italy in the first two sets and then came from behind in the third.

But the silver was a historic achievement for Italy, marking their first podium appearance at a Europeans -and earning them a spot at Tokyo 2020.