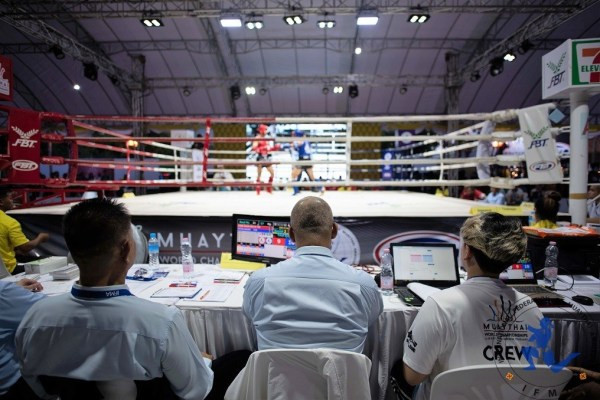 Home fighter Kittiphop Mueangprom booked his place in the last 16 of the men's elite A 63.5 kilograms event on day two of the International Federation of Muaythai Amateur World Championships in Bangkok.

Mueangprom beat Sweden's Mathias Jonsson 30-27 at the Sports Authority of Thailand venue, setting up a clash with Turkmenistan's Adilbek Nurmetov who defeated Italy's Cristian Serafini by the same scoreline.

Thailand's one other senior winner today was Suthat Bunchit, who had a walkover victory against Algeria's Atallah Athmane Oussama in the men's elite A 81kg category.

Preliminary bouts are due to be held through to Thursday (July 25).

The quarter-finals are scheduled for Friday (July 26) before the semi-finals on Saturday (July 27) and finals on Sunday (July 28).