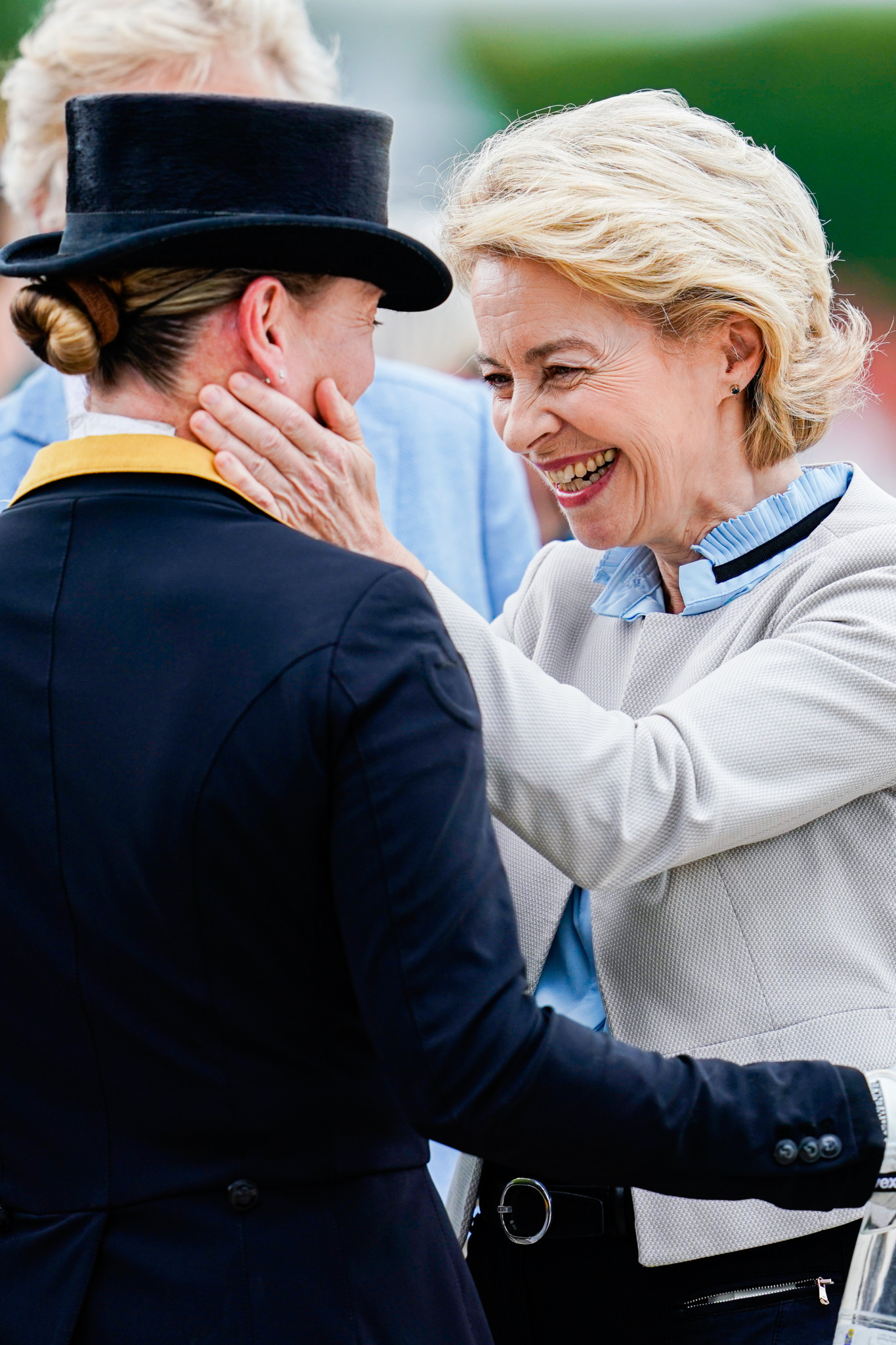 Germany’s unparalleled dressage rider Isabell Werth earned herself a big 50th birthday present tonight as, for the 13th time in total and the third time in succession, she won the Deutsche Bank Prize for her Grand Prix win at the World Equestrian Festival in Aachen, riding Bella Rose.

Among those standing to applaud the achievement of the six-times Olympic champion, nine-times world champion and 17-times European champion was her friend Ursula von der Leyen, the newly-elected European Union Commission President.

Bella Rose offered her own birthday gift to Werth as she helped her achieve a personal record result of 90.450 per cent.

Werth, who had previously led Germany to victory in the Dressage Nations Cup in the Main Arena, was congratulated with standing ovations and a “Happy Birthday” repertoire sung by 6,500 dressage fans.

On the last centre line, the spectators clapped to the rhythm of the passage and finally broke out into thunderous applause.

Dorothee Schneider, on Sandro Hit, finished second with a personal best of 89.660.