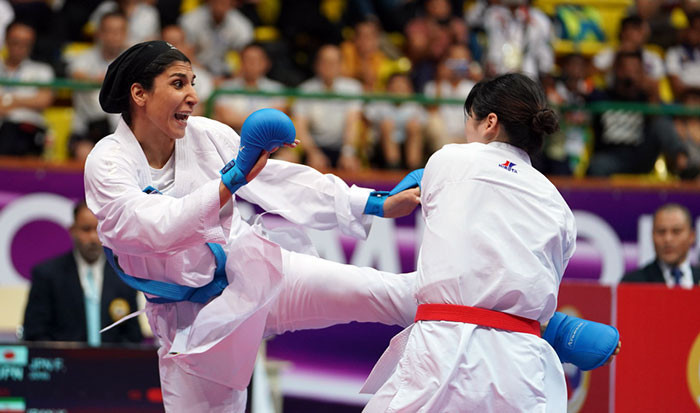 Iran won both team kumite titles on the final day of the Asian Karate Championships in Tashkent.

Their women's team defeated Japan 2-1 in the final, winning the decisive bout at Sport Complex Uzbekistan.

The Iranians had beaten China in the semi-finals with Japan coming through against Indonesia.

China recovered to win bronze through the repechage tournament but Indonesia missed out on a medal as Vietnam claimed a share of third place.

In the men's event, the Iranians were too strong for Saudi Arabia in the final as they recorded a 3-0 victory.

They knocked out Japan in the semi-finals with the Saudis ousting hosts Uzbekistan.

Both beaten semi-finalists successfully came through the repechage to win bronze.

Despite drawing a blank on the final day, Japan's superb individual success saw them top the medal table.

The hosts of next year's Tokyo 2020 Olympic Games, where karate will make its debut on the programme, won six golds in their overall medal haul of 13.