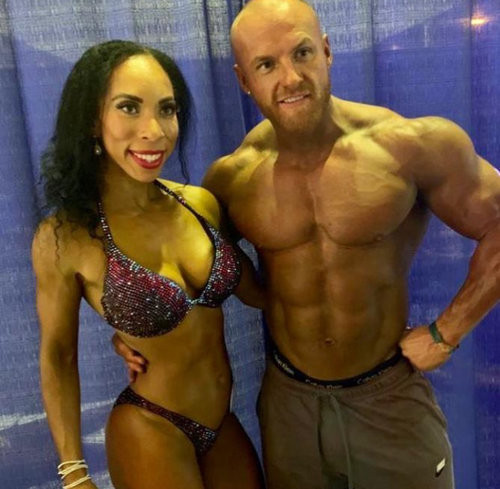 British bodybuilders Stefanie Griffin and Matt O'Reilly have celebrated after earning professional status at an event in Barbados.

The duo both took part in the Darcy Beckles Diamond Cup in the Caribbean country, a qualifier for the International Federation of Fitness and Bodybuilding's (IFBB) Elite Pro division.

She then competed in a professional event which followed her competition, finishing third and earning $750 (£600/€670).

"It was all so unexpected and happened so quickly," she said to the United Kingdom Bodybuilding and Fitness Federation.

"It's still not sunk in.

"This year has been insane."

O'Reilly earned his pro card in the open bodybuilding category but did not place in the professional event which followed.

He said: "I'm currently enjoying Barbados then it's straight back to work to come back here next year and win the pro."