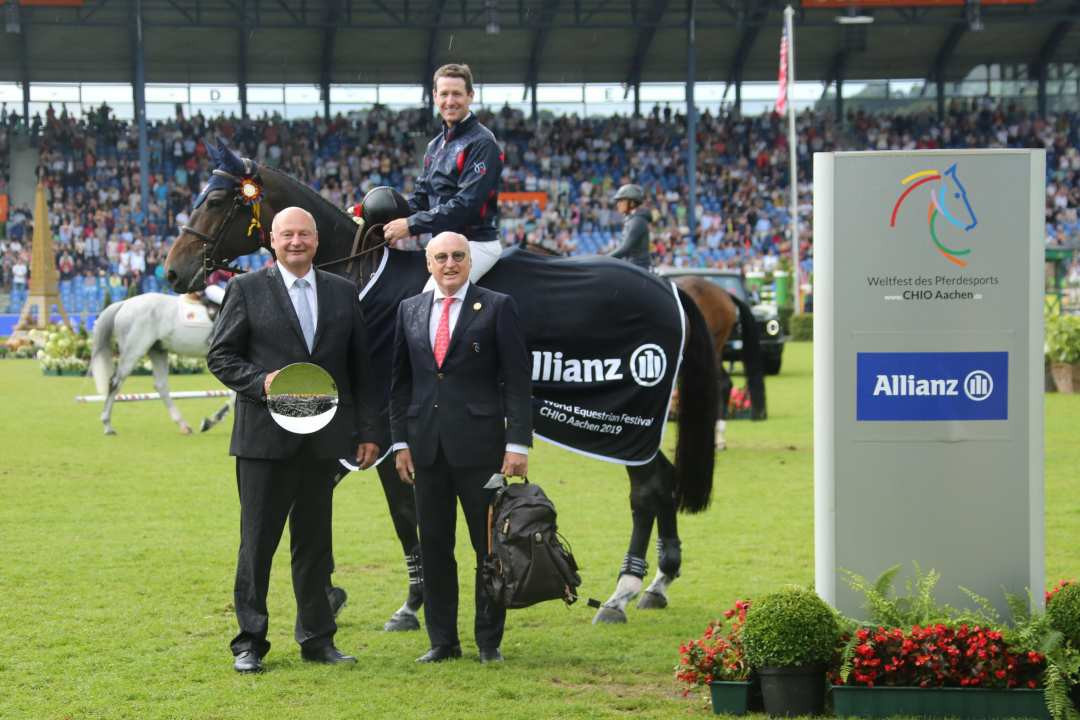 McLain Ward of the United States claimed the big jumping honour on the penultimate day of the World Equestrian Festival in Aachen, Germany as he and new horse Noche de Ronda earned the Allianz-Prize.

On the day before the Rolex Grand Prix – part of the prestigious quartet of contests forming the Rolex Grand Slam of Showjumping – Ward went clear in a time of 55.29sec in the Main Arena, which proved enough for victory.

Martin Fuchs of Switzerland took silver on 56.20, with Britain’s Ben Maher, back on F One USA, with whom he had a bad fall on Wednesday, finishing in third place on 58.98.

Switzerland’s world number one jumper Steve Guerdat had posted the fastest round, 53.51, but at the cost of two rails down.

Ward and his new horse had already won three classes and come in the top ten in four other competitions.

A total of 32 pairs had set off on the course comprising 13 obstacles and 16 fences, with 10 moving through to the winning round.

Earlier in the day, home rider Richard Vogel had won the German Under-25 Trophy for the second time in succession, riding Lesson Peak.

The 22-year-old Vogel flew over all the obstacles in a time of 41.42sec, finishing ahead of Enno Klophake, who stopped the clock at 42.42 on Urus.

Finja Bormann on A Crazy Son Of Lavina was third.

Riding Bella Rose, she defeated national champions Dorothy Schneider and Showtime, earning a mark of 84.447 per cent, with the latter finishing second on 83.617.