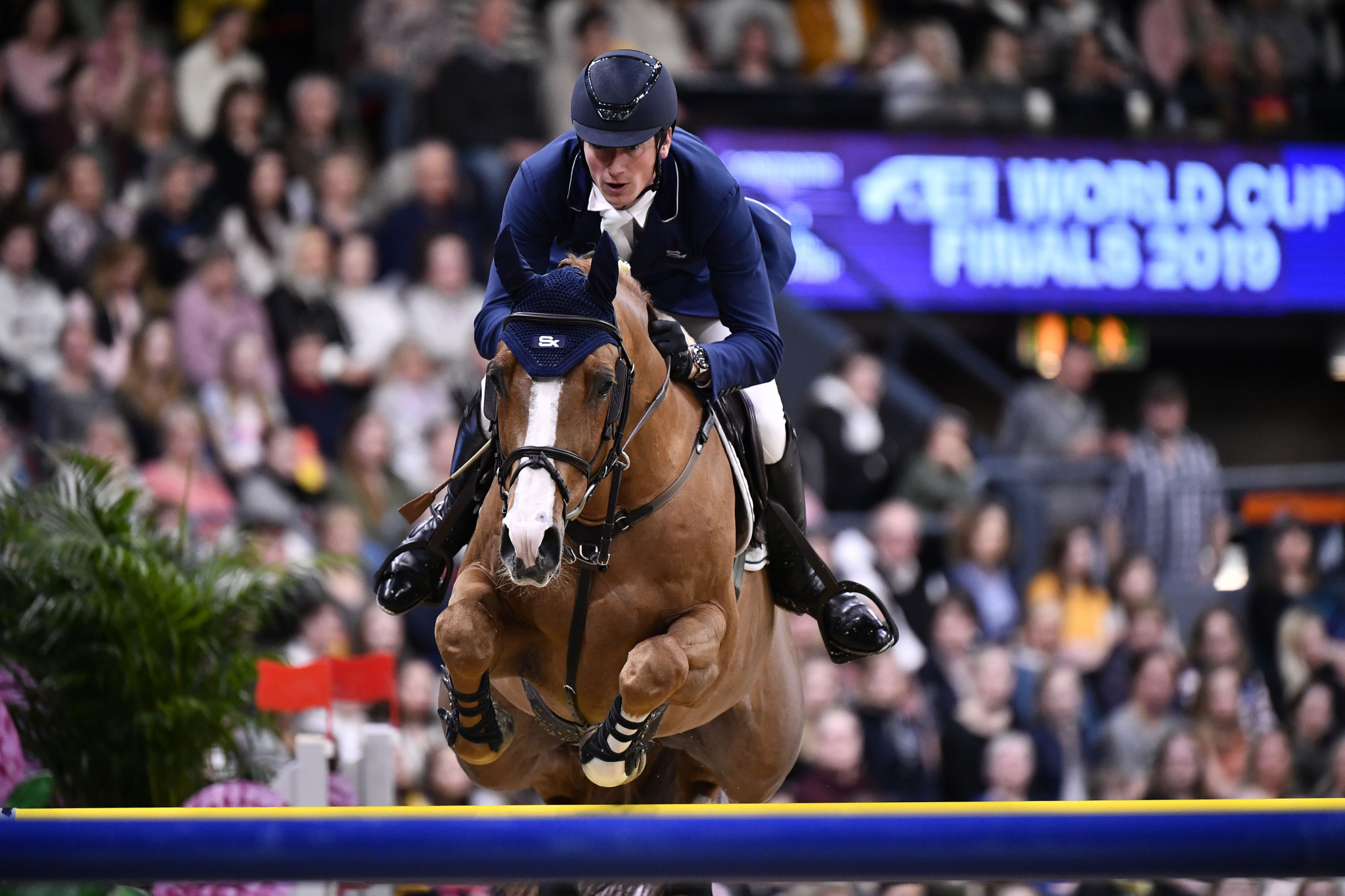 Germany's Daniel Deusser delighted the home crowd by winning the "RWE Prize of North Rhine-Westphalia" event at the World Equestrian Festival in Aachen.

Belgium's Olivier Philippaerts and his horse H&M Cue Channa 42 had to settle for second place in 45.79.

Earlier in the day, Sweden's Evelina Tovek came out on top in the "VBR-Prize" event.

She and horse Cortina 212 stopped the clock in the two-phase jumping competition in 32.48.