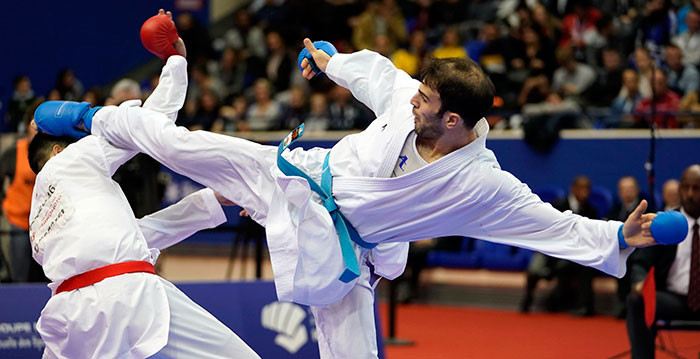 Iran, Japan and hosts Uzbekistan will each be represented in four individual kumite finals after preliminary action took place today at the Asian Karate Federation Senior Championship in Tashkent.

Among the Iranians advancing to a final was Rozita Alipourkeshka, who will do battle with China's Yin Xiaoyan for the gold medal in the women’s under-61 kilograms category at the Sport Complex "Uzbekistan".

Japan’s quartet of finalists includes world champion Miho Miyahara, who will bid for a place on the top of the women’s under-50kg podium against Uzbekistan’s Bakhriniso Babaeva.

Standing between Shinohara and glory is Kazakhstan’s Didar Amirali, while Nishimura and Kagawa will need to find their way past Saudi Arabians Abdulaziz Alhakami and Tareg Hamedi.

Joining Rakhimova and Babaeva in representing the home nation in the finals are Nodira Djumaniyazova and Sadriddin Saymatov.

The one other final decided today pits Kazakhstan’s Andrey Aktauov against Saudi Arabia’s Abdullah Alharbi in the men’s under-55kg division.

All 11 gold medal matches are scheduled for tomorrow.