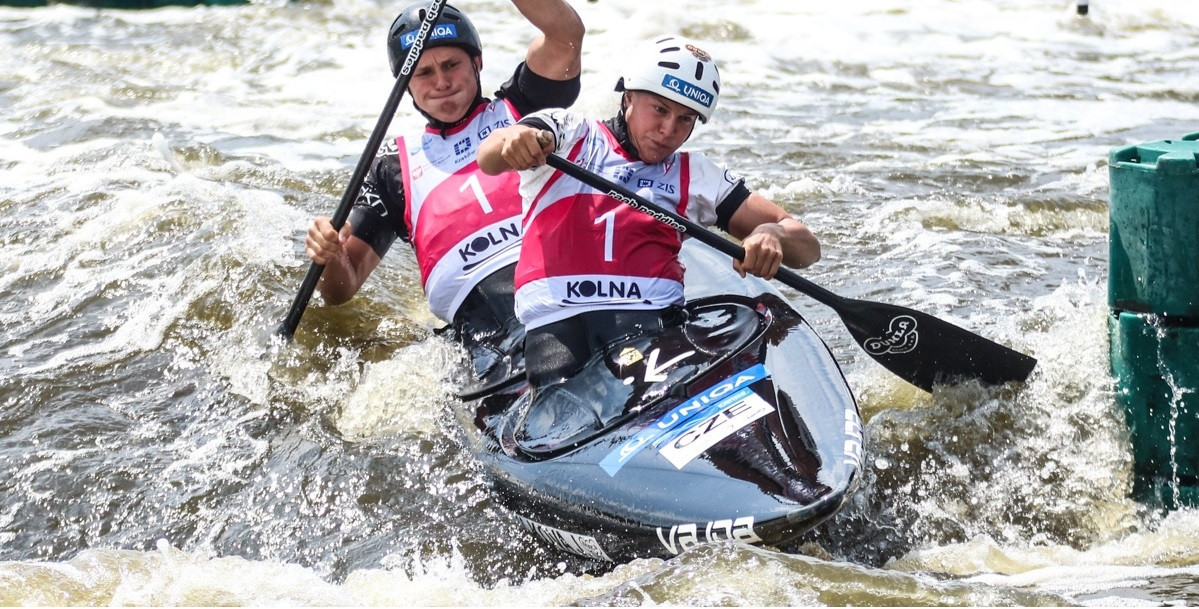 Jana Matulková and Vojtěch Mrůzek led a Czech one-two finish in the mixed C2 under-23 final on day three of the International Canoe Federation Junior and Under-23 Canoe Slalom World Championships in Kraków.

The duo triumphed in a time of 2 min 0.45sec on the Polish city's Kolna Regatta Course, beating compatriots Vojtěch Heger and Antonie Galušková by a margin of 2.98 seconds.

Completing the top three were Russia’s Daria Shaidurova and Igor Mikhailov, who were 5.76 seconds behind.

"I’m very happy because we were very nervous on our first run and there were a lot of small mistakes.

"We trained together for about three weeks on this course, but this run is very difficult.

"We had to paddle really hard."

The men's and women's C1 and K1 junior heats were also held today.

In the men's C1, France's Yohann Senechault was the fastest qualifier in 1:39.38, despite picking up six seconds in penalties.

Great Britain's James Kettle was the next quickest in 1:42.53, which included a two-second penalty, while Russia's Aleksandr Kharlamtsev finished third in 1:42.61.

Czech Republic's Gabriela Satková was 2.16 seconds behind in the runners-up spot and Britain's Bethan Forrow was 3.71 seconds off the pace in third.

As for the men's K1, France's Anatole Delassus qualified quickest with a time of 1:32.14.

Spain's Pau Echaniz was 0.23 seconds slower in second, while Britain's Etienne Chappell was 1.76 seconds back in third.

In the women's K1 heats, the two fastest qualifiers were Czech Republic's Galušková and Lucie Nesnídalová, posting times of 1:43.91 and 1:46.81, respectively, in the first run.

Second-run winner Evy Leibfarth of the United States was the third quickest in 1:46.90.

Action is due to continue tomorrow with medals being awarded in the men's C1 and women's K1 junior and under-23 events.