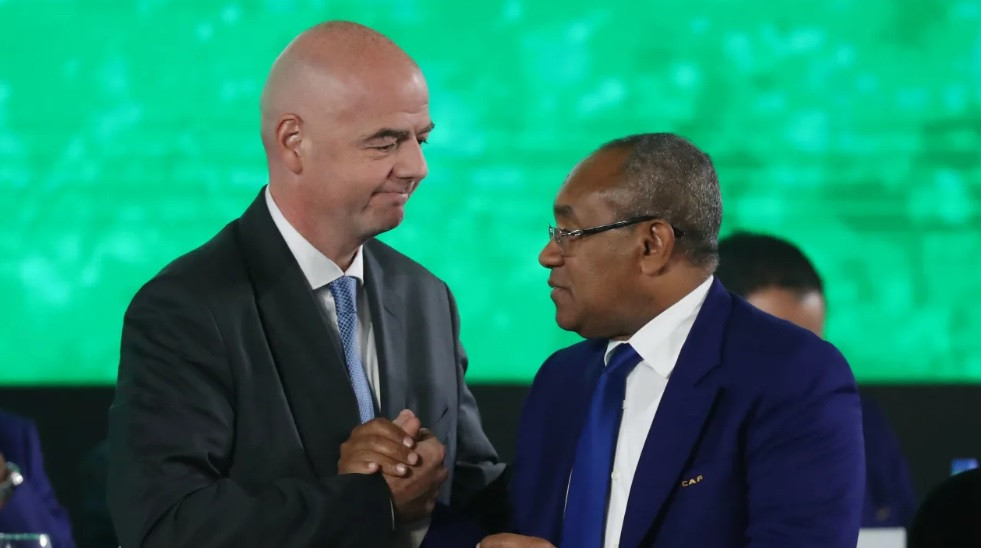 FIFA President Gianni Infantino has dismissed criticism of a controversial move from the organisation to effectively take over the scandal-ridden Confederation of African Football (CAF) as the two governing bodies signed a cooperation agreement today.

The partnership, penned at the confederation's Ordinary General Assembly in Cairo, confirms the appointment of FIFA secretary general Fatma Samoura as "FIFA General Delegate for Africa".

The Senegalese will lead a group tasked with overseeing the day-to-day operations of the troubled CAF, mired in scandal following a series of allegations levelled at President Ahmad.

FIFA and CAF have agreed a "roadmap", which will include Samoura's team conduct a full forensic audit of CAF to "detect and adjust potential wrongdoings" among other initiatives.

World football's governing body has faced criticism for the unprecedented move, which disgraced former FIFA President Sepp Blatter claimed was "can be considered as a new aspect of colonialism" in a statement sent to BBC Sport.

Infantino rejected the comments from Blatter during his speech at the General Assembly and claimed he was "puzzled" by the remarks.

"I have heard about colonialism, that FIFA is colonising Africa again," Infantino said.

"What does it mean, colonialism?

Infantino added: "I know what it means to work, to team up, to roll up your sleeves, to go on the pitch and help and that is what we are doing.

"[Samoura’s] heart is beating for Africa and we all suffer when we see what is going on here."

Ahmad has been embroiled in allegations of wrongdoing, which has sparked the crisis at CAF, and was arrested over corruption charges in Paris last month.

The official from Madagascar is also the subject of an investigation by the FIFA Ethics Committee.

Further alleged discrepancies have emerged this week after BBC Sport reported Ahmad, who goes by a single name, received two sets of expenses, claiming to be in two different countries, for the same nine-day period during the 2018 World Cup.

Ahmad admitted CAF was "lagging behind all [other] Confederations in all aspects" but Infantino promised FIFA would support the under-fire organisation.

"We turned the boat [around]," Infantino added.

"We intend to do the same for Africa and for CAF."