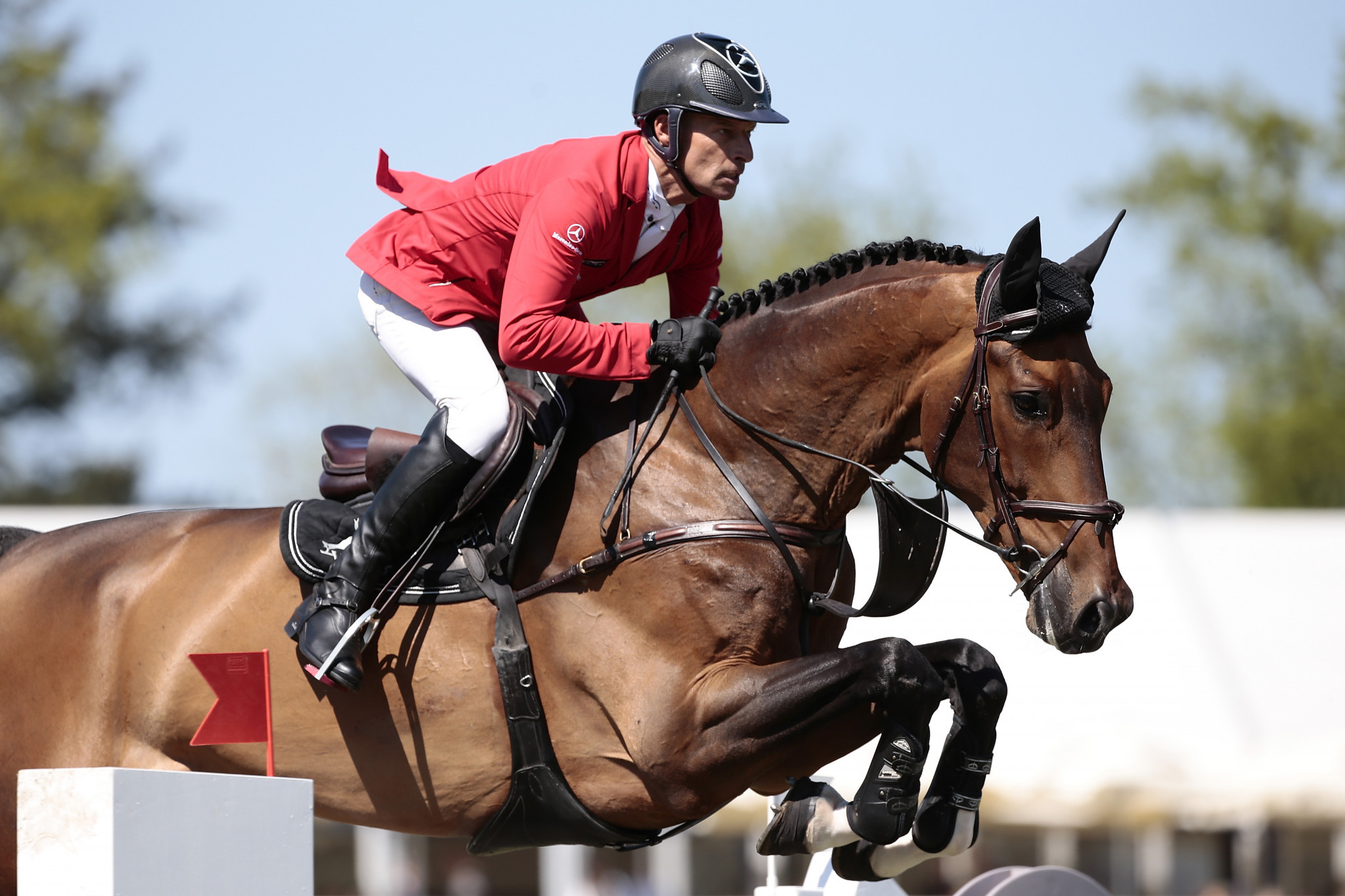 Home favourite Philipp Weishaupt and his horse Coby 8 were the runners-up in 1:04.49.