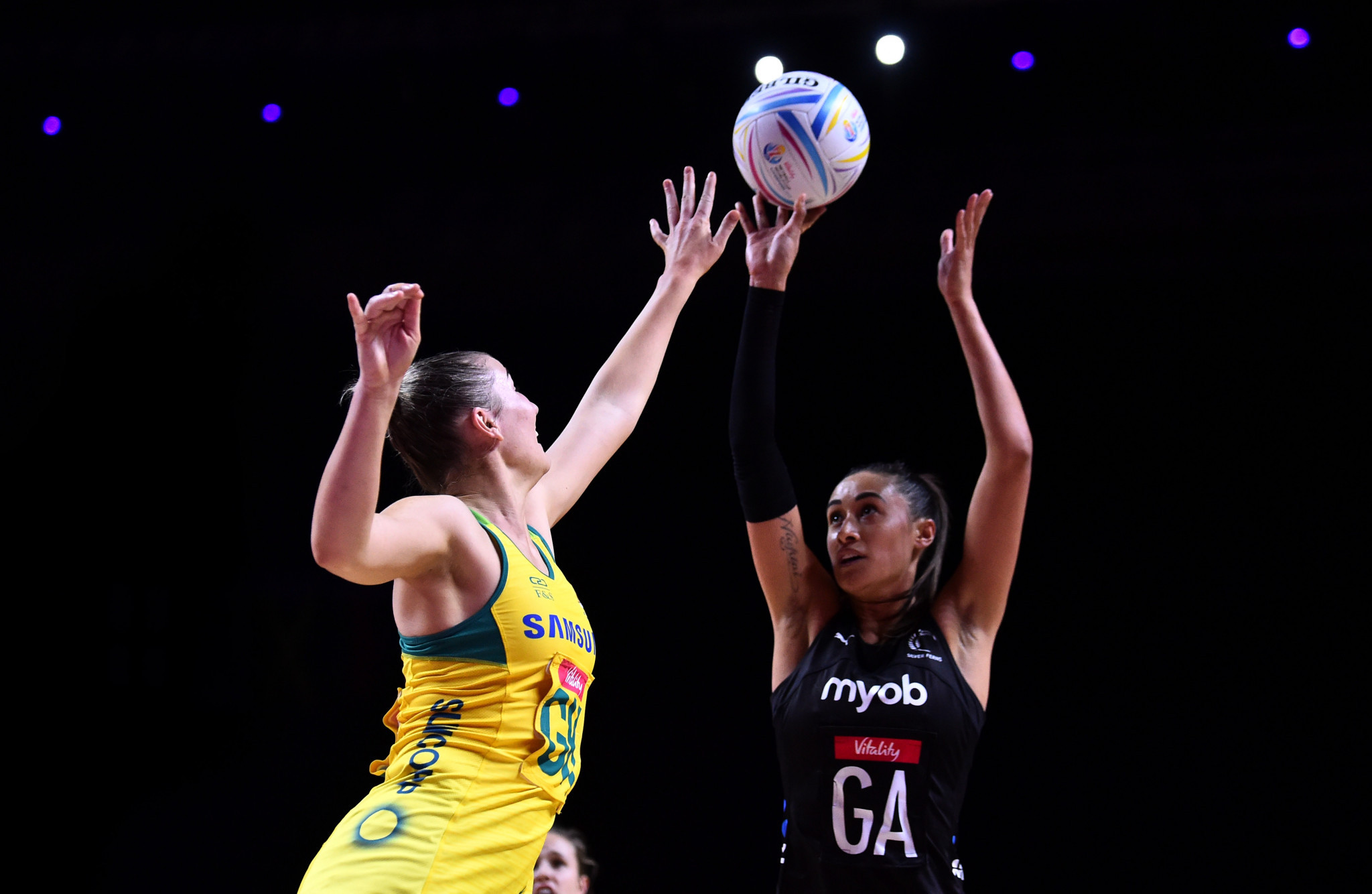 A last-gasp Maria Folau miss handed Australia a 50-49 victory in the Group F decider against New Zealand at the Netball World Cup in Liverpool today.

With both teams already having secured their places in the semi-finals, the battle to top the standings looked to be going Australia’s way as they opened up a six-goal lead at half-time at the M&S Bank Arena.

An impressive second-half from the Silver Ferns brought them right back into the game, but it was Australia who led with 50 seconds remaining as captain Caitlin Bassett's goal made it 50-49.

New Zealand then took possession and were able to work the ball into the circle to allow Folau a chance to equalise in the dying moments.

Her attempt was off target, however, and 11-time champions Australia were able to celebrate winning Group F.

Awaiting the Diamonds in the semi-finals are South Africa after they lost their Group G decider against hosts England today.

The Roses outclassed their opponents and were thoroughly deserving of their 58-47 win.

The other semi-final will see England go up against New Zealand.

The two last-four encounters are scheduled for Saturday (July 20).

They will be followed by the final and the third-place playoff on Sunday (July 21).

Both teams have advanced to the fifth-to-eighth-place playoffs, with Zimbabwe ending in fourth spot.

Malawi will face Uganda after they lost 57-39 to Jamaica to finish fourth in Group G, behind their opponents.

There was also a narrow 46-43 victory for Northern Ireland over Barbados in Group F today, with the former going through to the ninth-place playoff and the latter to the 11th-place playoff.

Northern Ireland will do battle with Trinidad and Tobago after they finished fifth in Group G following a 43-43 draw with Scotland.

Barbados will face Scotland, who ended in last place in Group G.