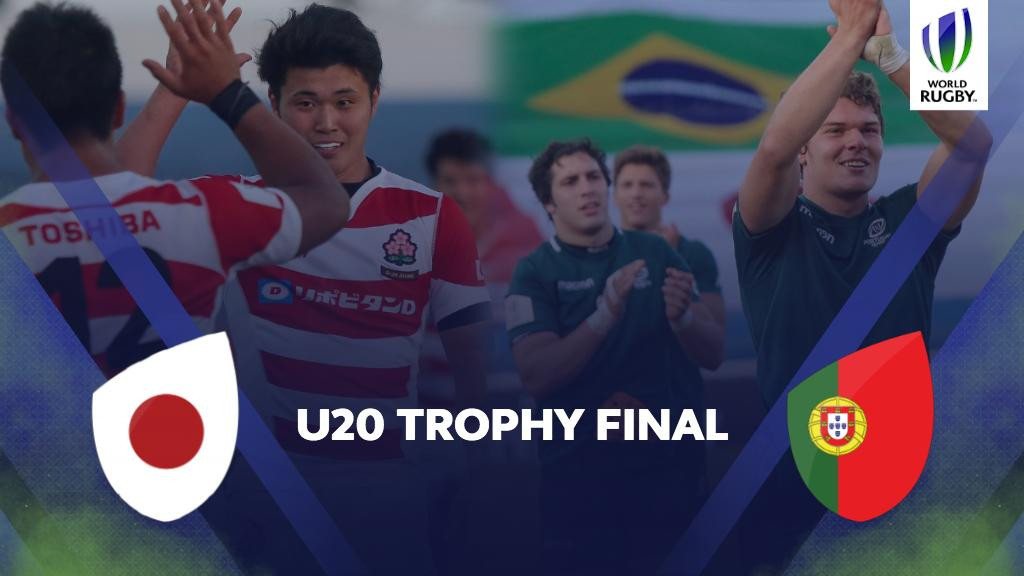 Japan and Portugal will meet in the final of the World Rugby Under-20 Trophy after both countries won their groups today in Brazil.

The Japanese made it three wins out of three in Pool A as they defeated Kenya 48-34 in a high-scoring contest at the Estádio Martins Pereira in São José dos Campos.

Portugal saw off Tonga 40-3 in a match which was a straight shoot-out to decide who topped Pool B.

Both the Japanese and Portuguese have won all of their matches with a bonus point for scoring four tries.

The second-tier tournament offers promotion to the flagship World Under-20 Championship for the winner with Japan looking to return at the first opportunity after suffering relegation last year.

Portugal, last year's bronze medallists, are hoping to play at that level for the first time in their history.

.@portugalrugby will be in the final of the #WorldRugbyU20s Trophy after finishing top of Pool B pic.twitter.com/T34vUOUsIP

With no last four matches both finalists have negotiated a tricky tournament format which sees only the pool winners keep their hopes alive.

Today's other match in Pool A saw Uruguay beat hosts Brazil 52-10 to claim a second win and finish second.

They will now meet Tonga for bronze, with the Pacific Islanders winning both of their games before today's defeat.

In Pool B, Canada thrashed Hong Kong 78-26 and will meet Kenya for fifth place.

Brazil and Hong Kong, who have both lost all of their matches, will contest seventh spot.

The final and classification games will all be played on Sunday (July 21).

The winners will be replaced in next year's World Under-20 Trophy by Scotland, who were relegated from last month's World Rugby Under-20 Championship in Argentina.