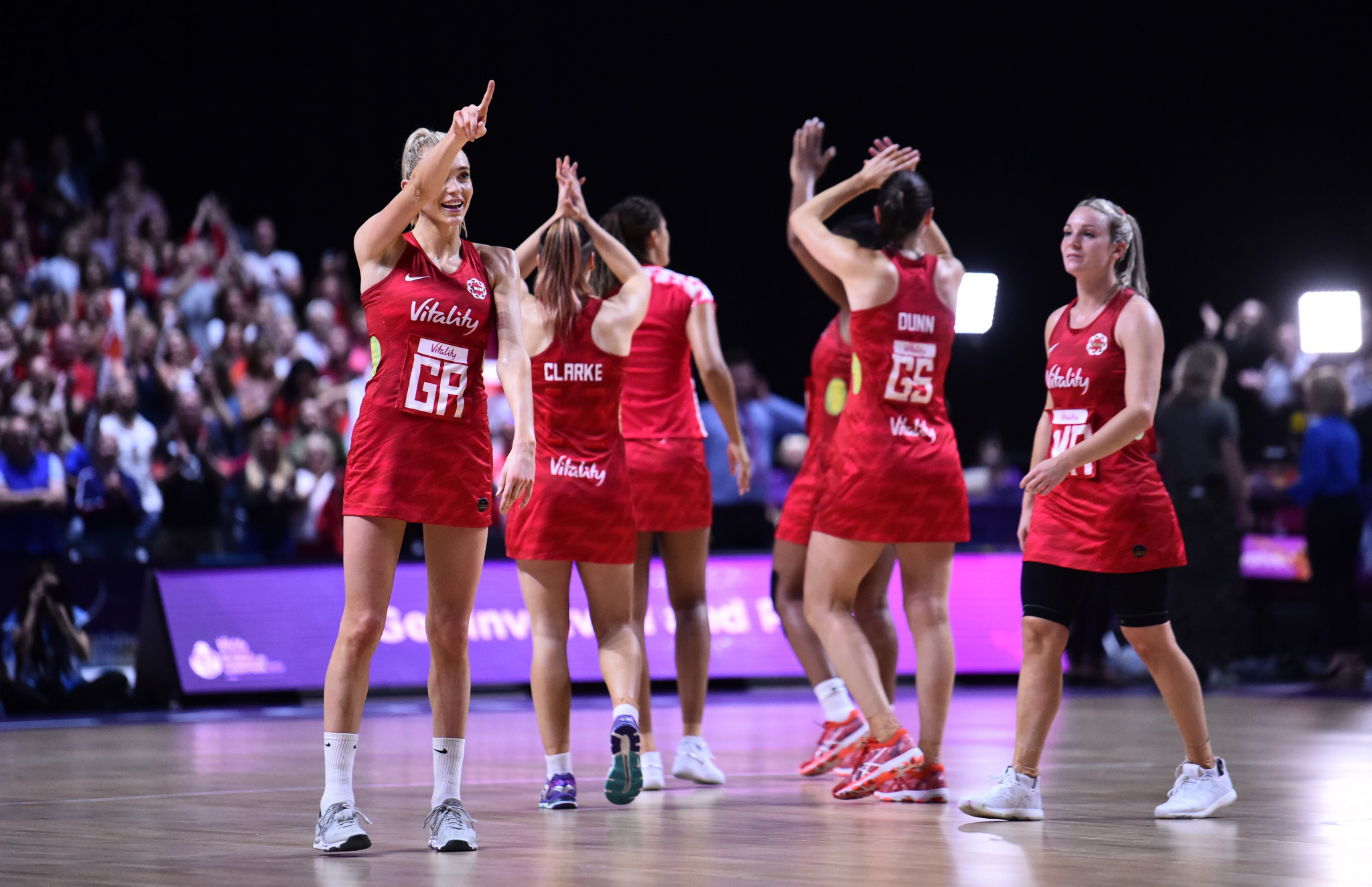 Hosts England and South Africa booked their places in the semi-finals of the Netball World Cup after both won their Group G matches in Liverpool today.

Both teams have four victories out of four to their name and are due to meet tomorrow to decide the winner of Group G.

Trinidad and Tobago started confidently against England but some outstanding defensive work combined with accurate shooting saw the Roses turn things around.

England coach Tracey Neville again elected to ring the changes, with wing attack Natalie Haythornthwaite being given a place in a World Cup starting seven for the very first time.

Leading 20-12 after the first quarter, Francesca Williams came on in place of Eboni Usoro-Brown and got an early interception.

But Rachel Dunn - affected by an elbow injury - put in a couple of wayward attempts which Trinidad seized upon, registering the first three goals of the second.

Dunn, trying to shake off the injury, was replaced by Helen Housby in a change that led to England putting their foot on the gas again, taking the score back out to 31-21.

Haythornthwaite and Housby in particular were combining well and Jo Harten was displaying her usual accuracy in front of goal, with her 30th of the game seeing England go in at half-time 39-23 to the good.

They increased their advantage to 23 by the end of the third quarter, with the score at 56-33, and although Trinidad and Tobago kept pace for most of the final quarter, England had enough in the tank to keep plenty in reserve for their upcoming games.

Later in the day, South Africa were too strong for Uganda with their winning margin of 27 a reflection of that.

There is also a Group F decider scheduled for tomorrow, between Australia and New Zealand.

In the semi-finals on Saturday (July 20), the winner of Group F are set to face the runner-up in Group G,.

The runner-up in Group F will go up against the winner of Group G.

Today's other Group G match ended in a 67-36 victory for Jamaica over Scotland.

Earlier in the day, Samoa and Fiji both secured their place in the 13th-place playoff by clinching first and second-place finishes, respectively, in Group E.

Both matches are due to take place on Friday (July 19).