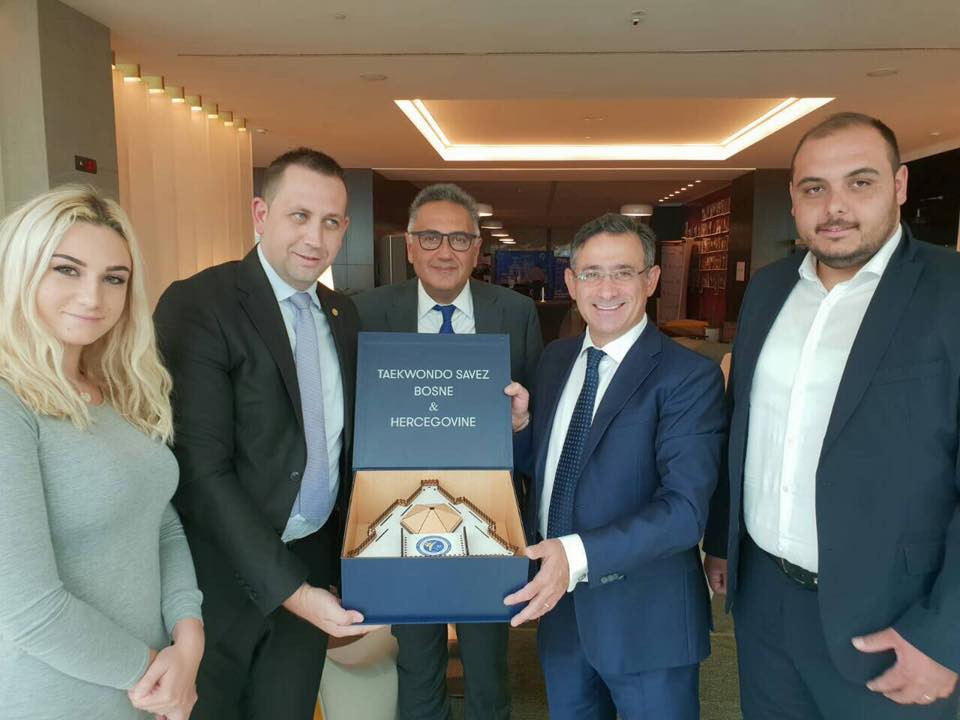 Sarajevo will stage three events next year as Bosnia and Herzegovina hosts events for World Taekwondo Europe (WTE) for the first time.

Sarajevo will stage the events from October 28 to November 1.

The announcement follows last October’s meeting in Belgrade – which will stage the senior European Taekwondo Championships next May – between representatives of WTE and officials from the Bosnian and Herzegovina Taekwondo Federation to discuss the development of the sport nationally.

WTE President Sakis Pragalos was joined by secretary general Michael Fysentzidis in a meeting with the national federation.

The Bosnian governing body was represented by Damir Šunjić and Samir Šarić.

The meeting took place while Pragalos and Fysentzidis checked on preparations for the 2020 European Taekwondo Championships.

Pragalos said at the time he was "very positive" about the initiatives and projects that were planned to be introduced in Bosnia and Herzegovina.

WTE added that they would be happy to assist the national federation in any way they can.