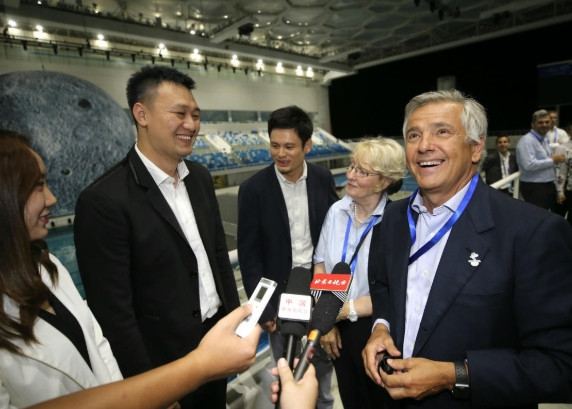 Chinese organisers of the 2022 Winter Olympic and Paralympic Games will get the opportunity to show off the environmentally-friendly technology it plans to use when the International Olympic Committee (IOC) Coordination Commission starts its fourth visit here tomorrow.

The ice venues in the Chinese capital are to be equipped with natural CO2 refrigeration systems they claim will minimise the overall carbon footprint of the Games.

The cooling system, which it is claimed has no impact on the environment, will be used at the speed skating, figure skating and short track venues, as well as the ice hockey training centres.

A low global warming potential refrigerant will also be installed at the ice hockey and curling venues.

The implementation of the system will mark the first time the technology is used in China and at the Olympics.

Chinese officials have claimed that introducing the the technology will lead to a reduction of carbon emissions equal to the yearly footprint of almost 3,900 cars.

A similar carbon reduction could also be achieved by planting 1.2 million trees, it is claimed.

"This is a landmark decision which could potentially help address the issue of climate change, both in China and even globally," Juan Antonio Samaranch, chair of the IOC Coordination Commission for Beijing 2022, said.

"We are pleased to see that the IOC’s close collaboration with Beijing 2022 has resulted in such an important outcome."

The initiative, already signed by Tokyo 2020 and Paris 2024, is led by the IOC and encourages the global sports community to contribute to the fight against climate change.