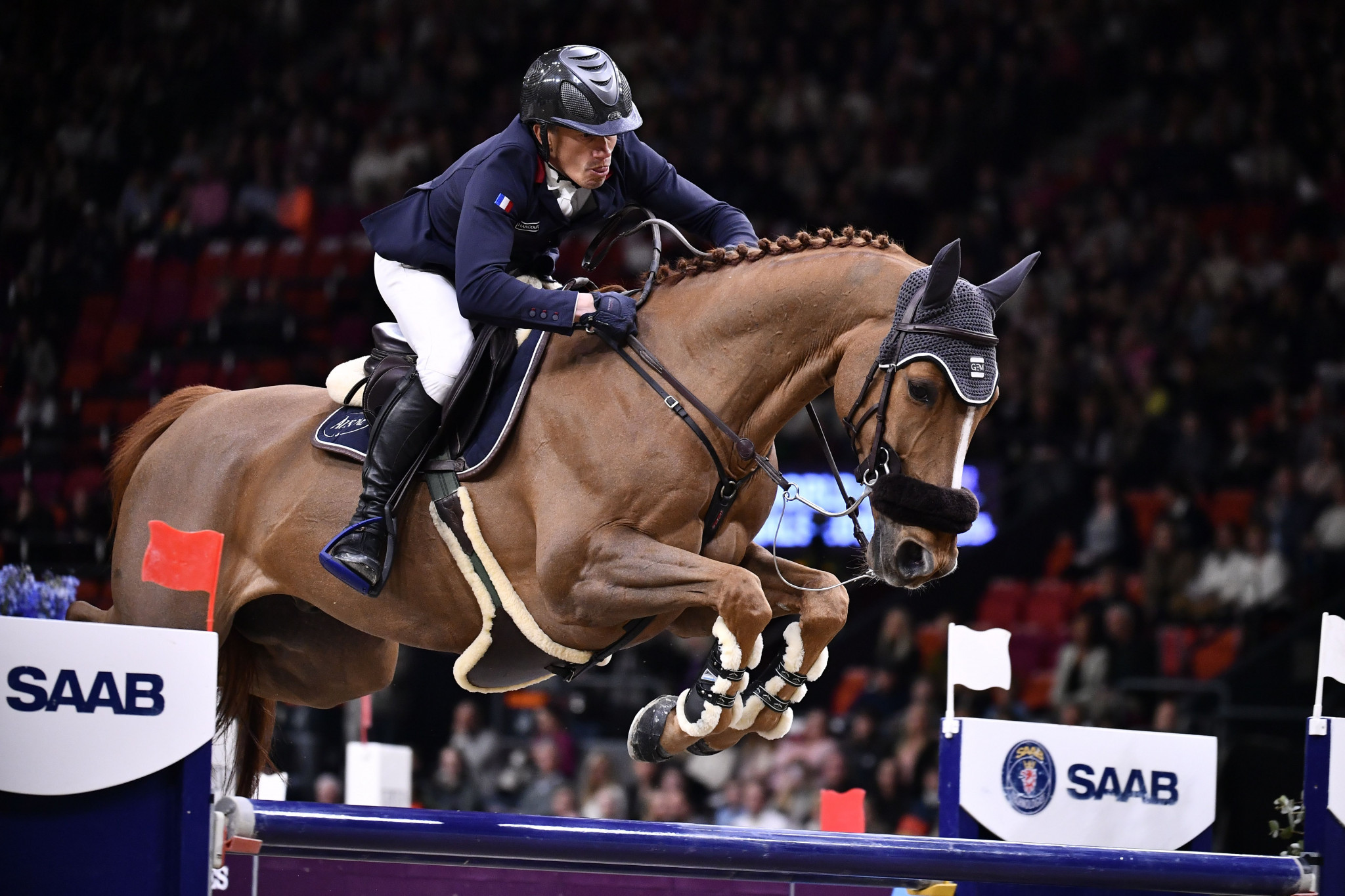 France's Olivier Robert came out on top in the opening jumping competition at the World Equestrian Festival in Aachen in Germany today.

The United States' Laura Kraut and her horse Berdenn de Kergane were the runners-up in 1:08.28.