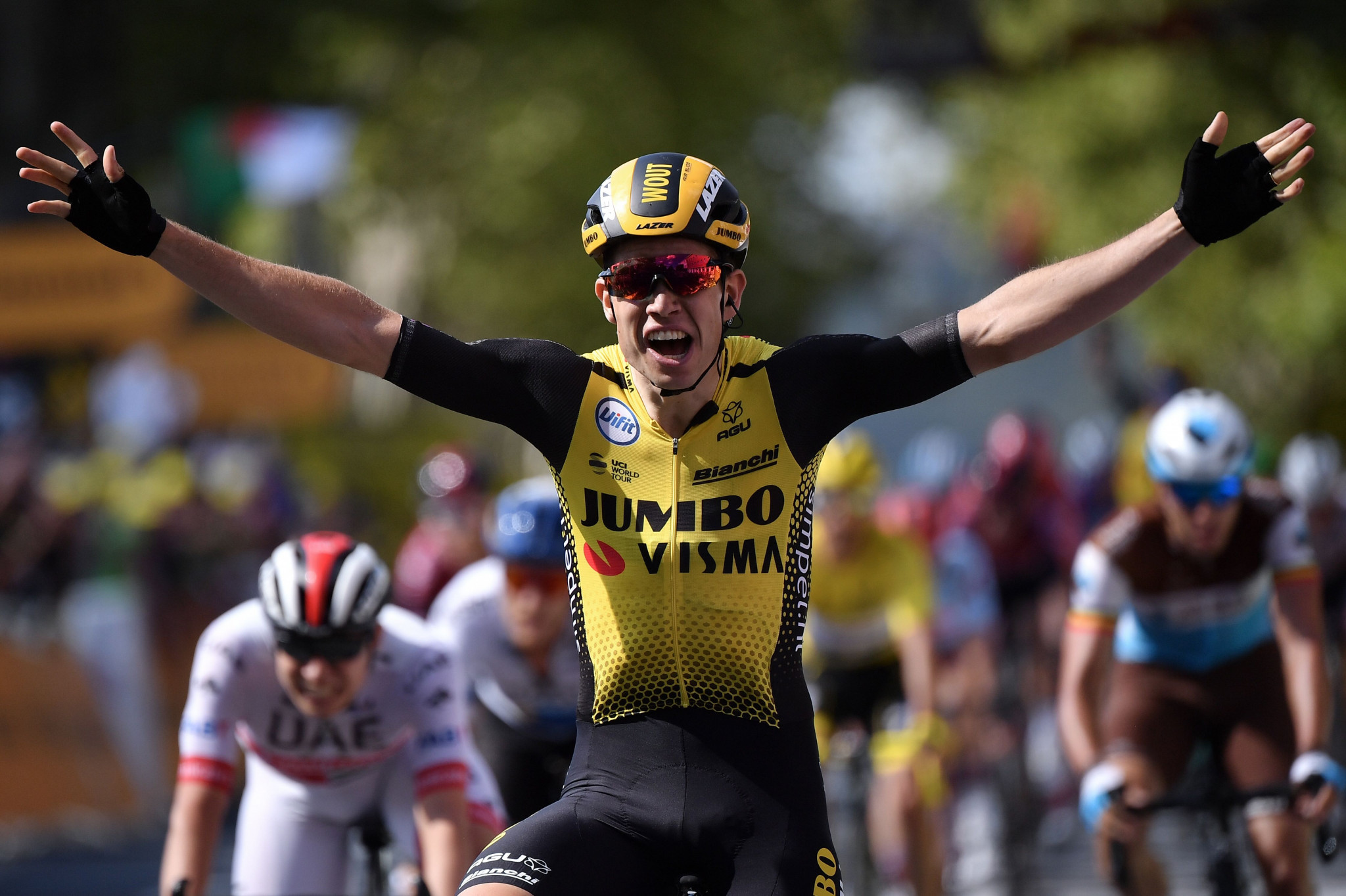 Belgian Wout van Aert won a stage of the Tour de France for the first time as Julian Alaphilippe maintained his overall lead despite a dramatic conclusion in Albi today.

Van Aert, who rides for the Jumbo–Visma team, triumphed at the end of a hectic 10th stage from Saint-Flour from a reduced sprint after the peleton had been split by Frenchman Alaphilippe.

Britain's defending champion Geraint Thomas made inroads today as he capitalised on the crosswinds to move up to second behind Deceuninck–QuickStep's Alaphilippe.

The sprint finish came after the race leader counter-attacked a move from the likes of Groupama-FDJ's Thibaut Pinot and Astana's Jakob Fuglsang and attempted to move clear of his general classification contenders.

Alaphilippe continued at a relentless pace before Team Ineos took over, allowing Thomas to reduce the gap to the Frenchman to 72 seconds.

"I had a really good day in the end," Thomas told ITV4.

"We had a little go earlier but it was not the right conditions.

"We were always attentive and ready for anything.

"From our point of view, we had everyone bar two guys [in the front group] so we were fully committed.

"There were plenty of guys turning and you could tell behind that they had gone full out [to catch up].

"They ran out of gas and the elastic snapped.

"You would never expect it today.

"But a positional error from them and they lose a minute and a half."

The Tour resumes on Wednesday (July 17) with the 11th stage from Albi to Toulouse following the first rest day tomorrow.