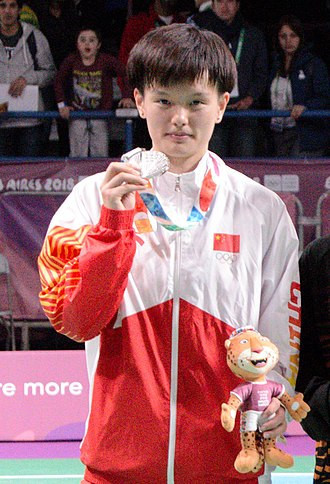 The 19-year-old Chinese player is the latest to emerge from the sport's powerhouse nation and won in California after coming through the qualification tournament.

It means the teenager has gone one better after losing in the final of the Canada Open, another World Tour event, last weekend.

The Buenos Aires 2018 runner-up did not drop a game throughout the tournament as Kim was unable to back-up her semi-final win against Canada's top seed Michelle Li yesterday.

The youngster eased past Thailand's Tanongsak Saensomboonsuk in an all unseeded final which ended 21-10, 21-13.

Play of the Day | Watch Wang as she does not crack under pressure 🏸#HSBCBWFbadminton #HSBCRaceToGuangzhou pic.twitter.com/cjQxEg0KXm

Their team missed out in the men's doubles final, though, as second seeds Lee Yang and Wang Chi-lin were forced to retire against South Korea's sixth seeds Ko Sung-hyun and Shin Baek-cheol.

The tournament is rated as a Super 300 event on the World Tour.