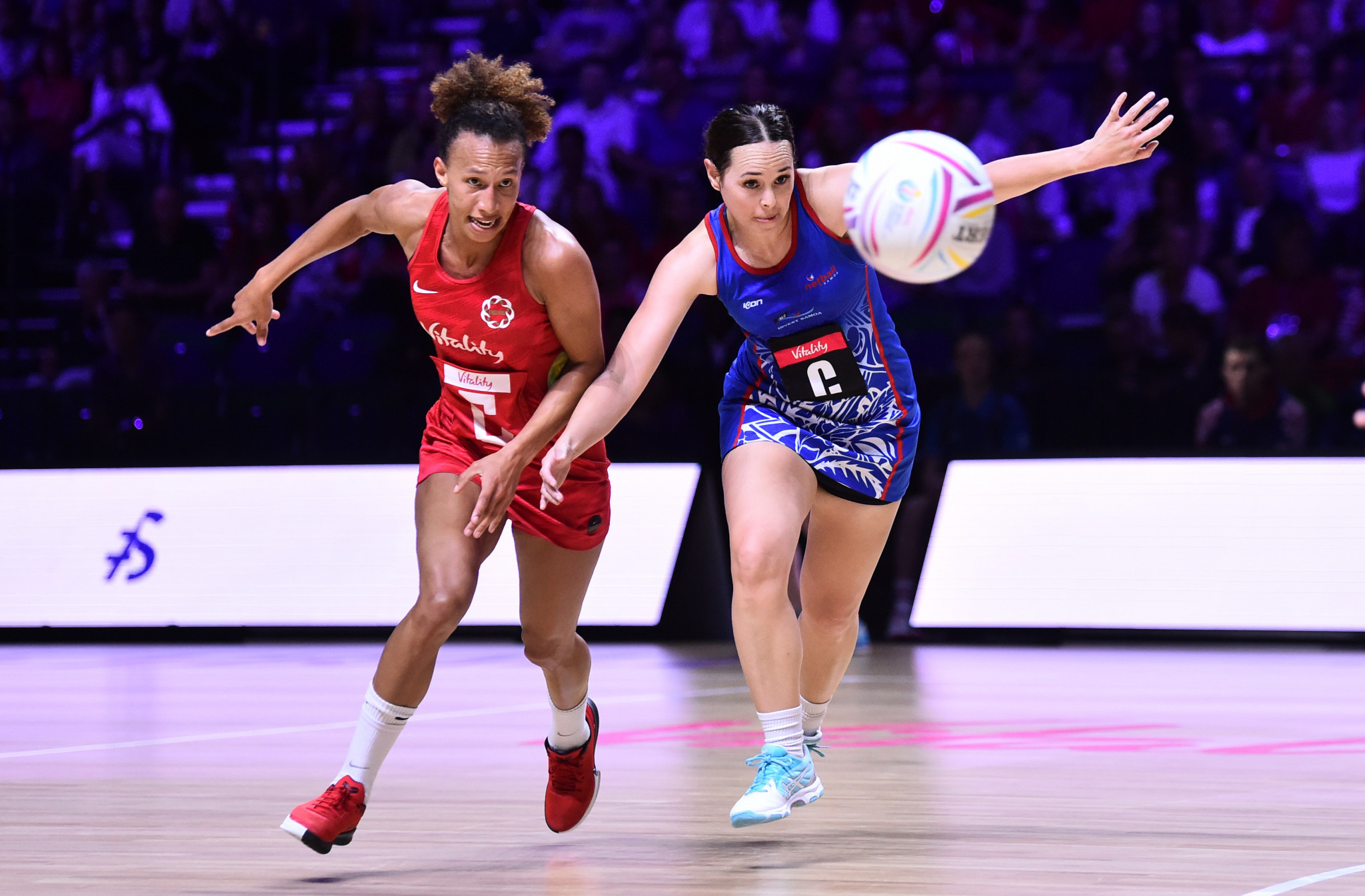 England matched the joint-highest score of the competition so far as they swept Samoa aside to complete their Group D campaign with three wins from three in the Netball World Cup at the M&S Bank Arena in Liverpool today.

The 90-24 victory came after what coach Tracey Neville admitted had been an "emotional" evening after Layla Guscoth was ruled out of the remainder of the tournament with a ruptured Achilles sustained in yesterday’s win over Scotland.

The Roses now progress to the next phase of the competition with a 100 per cent record.

So do New Zealand, who were equally as dominant in Group B as they beat Singapore 89-21 today in what was the two sides' first World Cup match since 1975.

Guscoth received a huge welcome when she took her place alongside her team-mates on the bench.

Victory for England means they advance to Group G of preliminaries stage two with six points, while Samoa move into Group E to join Singapore as they search for their first win.

"I don’t think I’ve played in front of a home crowd like that before.

"Every goal, every pass – you could feel them playing it with us.

"They’re really getting behind us not just in the Arena but around the country."

🏐🌍🏆| 100 CAPS | Congratulations to @ScotThistles very own Claire Maxwell, our pillar, playmaker and Captain, for achieving her 100th Cap!

Your dedication, composure and love of netball are a true testament to you and a great benefit to Netball 💐🎉#BackingPurple #Claire100 pic.twitter.com/az4azXosBy

Uganda won the battle with Scotland to finish second in Group D, beating the Thistles 52-43 in what is the tightest winning margin of the competition so far.

Scotland’s Claire Maxwell was playing in her 100th international.

"It was great to play in such a fantastic atmosphere and such a big World Cup," she said.

"I’m disappointed we didn’t get the win but we’ll push on for the next game – we will refresh and go again.

"It’s such a young squad and we can learn so much, so we’re really looking forward to the next stage."

In the other match today in the first session, Malawi beat Barbados 65-41 in Group B.

In the evening session, Australia fell just one goal short of the tournament’s first century as they dismantled Sri Lanka 99-24 in Group A.

That was followed by two astonishing matches as Northern Ireland led by as many as four goals at one stage against Zimbabwe, but a crucial turnover in possession with the scores at 49-49 gave their opponents the chance to edge ahead with just 80 seconds left.

It was a chance Zimbabwe gladly took, eventually wrapping up a 51-49 victory in the Group A encounter.

There was a similarly tense finish in the clash between South Africa and Jamaica, where the Proteas shocked the world’s number two-ranked side 55-52 in Group C.