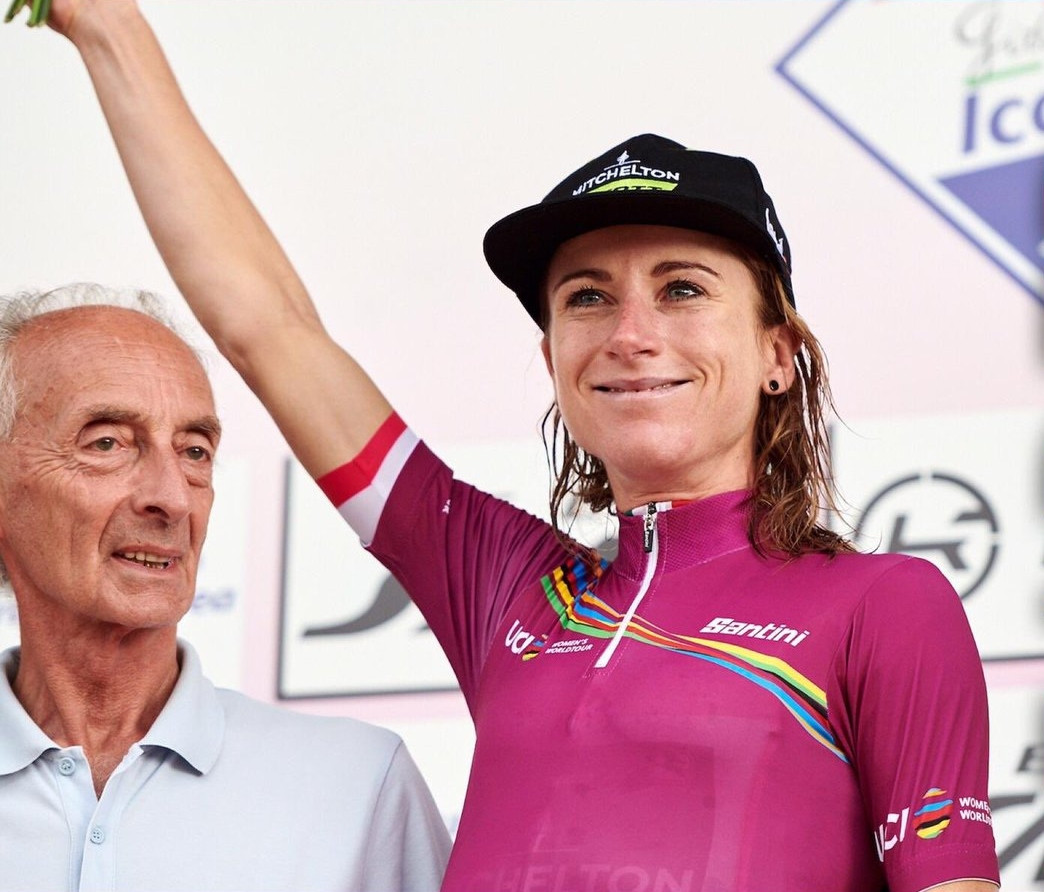 The 32-year-old Vos, the Olympic road race champion at London 2012, was paced expertly by CCC-Liv team-mates to the bottom of the 200 metre cobbled climb and sprinted away from compatriot Lucida Brand, riding for Sunweb, and Belgium's Lotte Kopecky, wearing the colours of Lotto-Soudal Ladies.

Vos, also a triple World Championship road race gold medallist, crossed the line in 2:51:45 to finish one second ahead of Brand and Kopecky.

It was the fourth stage win of this year's race for Vos, who had been the last rider to retain this title when she won in 2012.

She finished 20th overall in the general classifciation.

The victory of the 36-year-old van Vleutenwas largely thanks to her two stage victories at Lago di Cancano on stage five and then in the individual time trial the following day which left her with a lead of more than four minutes.

She conceded a few seconds here and there in the remaining stages but her victory was never really in doubt.

In addition to the overall race win, van Vleuten also took home the purple and green jerseys as winner of the points and mountain classifications.