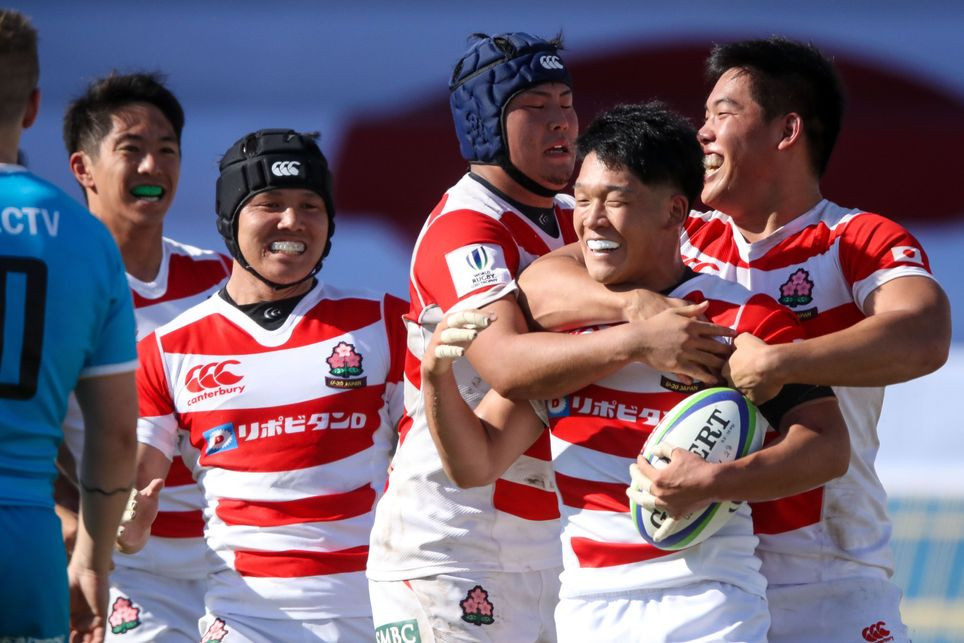 Japan, Portugal and Tonga remain unbeaten in the World Rugby Under-20 Trophy after the second round of matches in São José dos Campos in Brazil.

Japan's 46-31 win over Uruguay at Estádio Martins Pereira means they have a four-point cushion over Los Teritos in Pool A and need to beat Kenya on Wednesday (July 17) in order to book a place in the final on July 21.

Uruguay took the lead when number eight Juan Manuel Aguiar picked up from the base and crossed for a converted try after only four minutes but that setback served as a wake-up call to the Japanese who then ran in four tries, three of them converted in a devastating 17-minute spell between the 17th and 32nd minutes.

Portugal and Tonga, who are tied on 10 points at the top of Pool B, are set for a winner-takes-all showdown next Wednesday to see who will progress to the final and give themselves the chance to win promotion to the World Rugby Under-20 Championship.

On another fascinating day, the future stars of international rugby shone brightly with no less than 38 tries scored across the four matches to add to the 40 managed on day one.

Tonga were 64-12 winners over Hong Kong, a record win at this level to give themselves a chance of qualifying for their first final since 2014.

The final scoreline was probably harsh on Canada, who scored three tries themselves, as they were held up over the line on two more occasions and another opportunity went to waste when they knocked on with the try-line at their mercy.

In an entertaining final match, Kenya snatched a 26-24 victory from hosts Brazil with the last kick of the match.