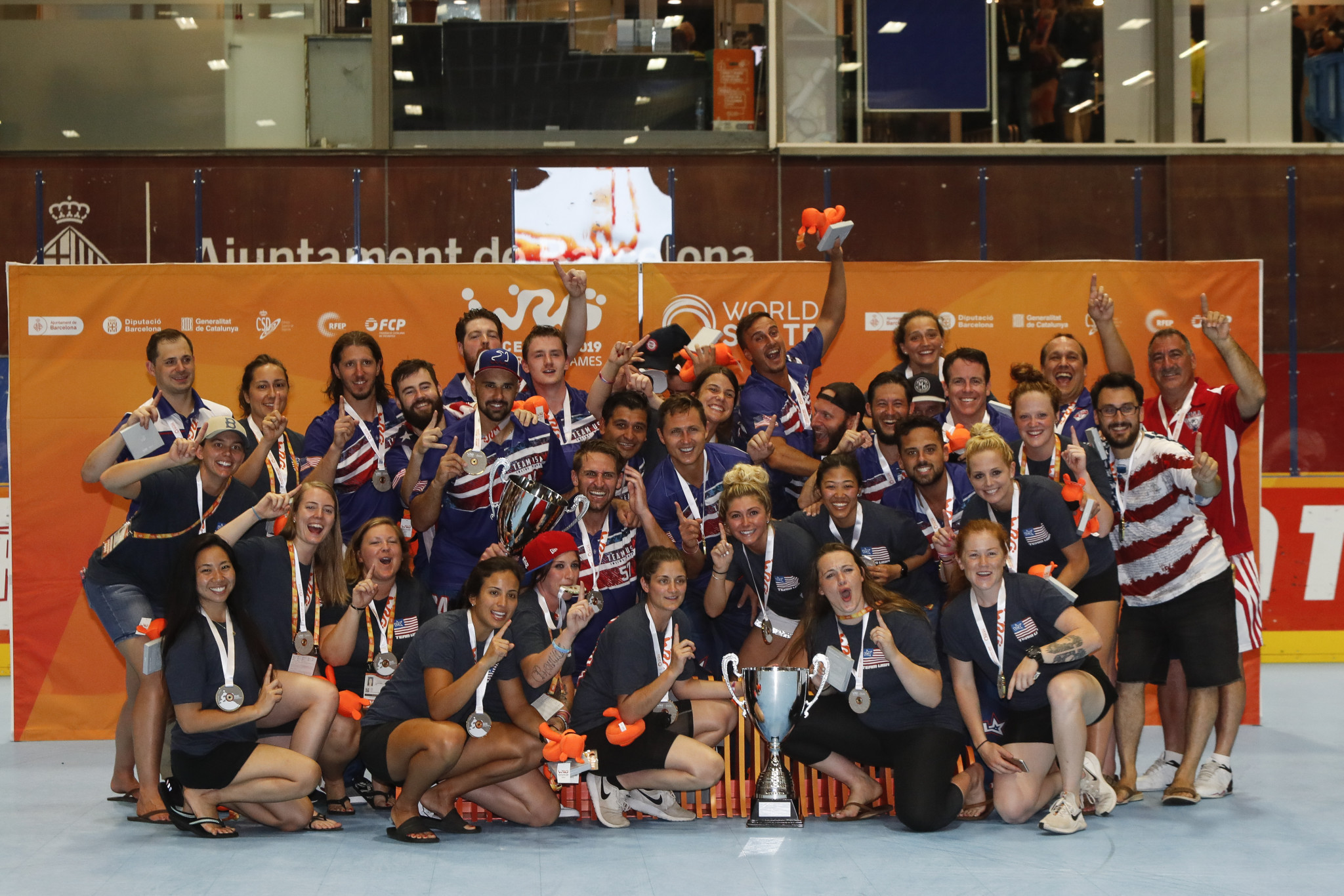 United States enjoyed a golden day at the World Roller Games in Barcelona by winning both the men's and women's tournaments in roller derby and inline hockey.

The American men won their roller derby gold after beating hosts Spain 42-37 in the final of the inaugural male tournament.

Spain were ahead in the final minutes but the US turned it around following good work from Stephen Carter and Tyler Van Winkle.

In the women's final the US retained their title with a one-sided 224-70 win over Australia.

The women won the world title for the third time in a row with a 3-1 victory while the men came home 3-0.

"I am very happy for this victory, both for me and for the team, since it is the third World Championship that we won consecutively," said US women's player Ashley Fury.

The penultimate day of action also saw the speed sprint 100 metres competitions in the centre of Barcelona.

Australian Daniel Greig won the men's title for the first time as he clocked 9.439sec in front of Mexico's Jorge Luis Martínez in 9.447 and German bronze medallist Simon Albrecht in 9.452.

"I had to fight after having suffered injuries during the last season and previously," said Greig.

Andrea Cañón won another medal for Colombia with bronze in 10.322.

Triple world champion Zhang Hao of China was surprisingly eliminated in the quarter-finals.

Italy won both free artistic gold medals in the dance arena with Luca Lucaroni taking the men's title and Rebecca Tarlazzi the women's.

Lucaroni clinched a third world title in a row, building on his overnight lead from the short programme to finish the long programme with 247.72 points.

Spain's Pere Marsinyach and Sergio Canales ended on 225.84 and 207.72 for silver and bronze respectively.

Tarlazzi's 167.07 points was enough for her success with compatriot Letizia Ghiroldi taking silver on 165.17.

Italians Daniel Morandin and Anna Remondini lead at the halfway stage of the couples dance event which will conclude tomorrow on the final day of the World Roller Games.