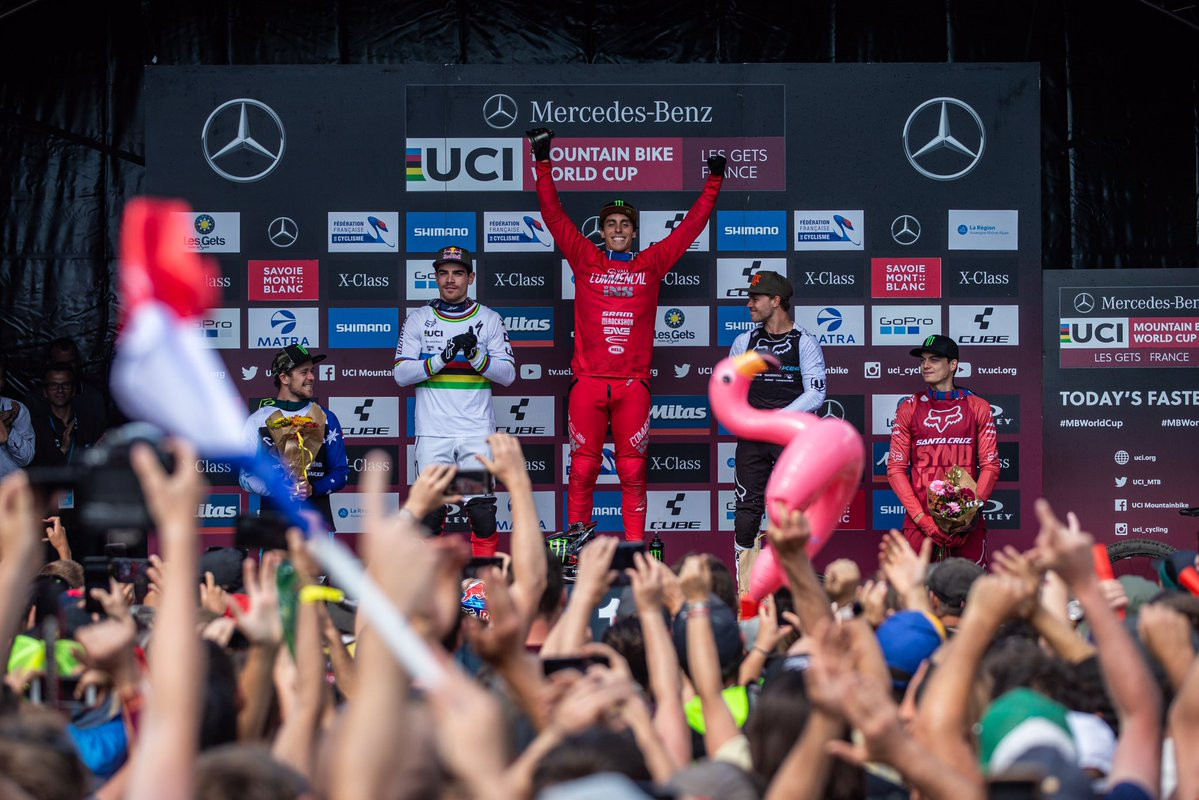 A near faultless run by Pierron, clean and fast throughout, saw him triumph in a time of 2min 57.008sec.

Great Britain’s Laurie Greenland was 3.450 seconds off the pace in third.

"You have to be on the edge throughout, so to be as close as I was to the French riders is pretty pleasing.

"Normally I prefer a more technical track, but it was fun to race something so different."

TRACEY HANNAH!!
And she’s so stoked with that. Huge celebrations at the finish line as all the emotion and adrenaline is released.

Home favourite Marine Cabirou was the silver medallist in 3:28.277 and El Salvador’s Mariana Salazar took the bronze in 3:29.771.

World champion Rachel Atherton of Britain was out injured with a ruptured Achilles tendon after landing badly over the final jump during practice.

It comes on the back of her win last Saturday (July 6) at the UCI Mountain Bike World Cup in Vallnord in Andorra.

"So it’s surgery today to fix it.

"Couldn’t be more different to this day exactly a week ago."

Action in Les Gets is due to conclude tomorrow with the cross-country finals.