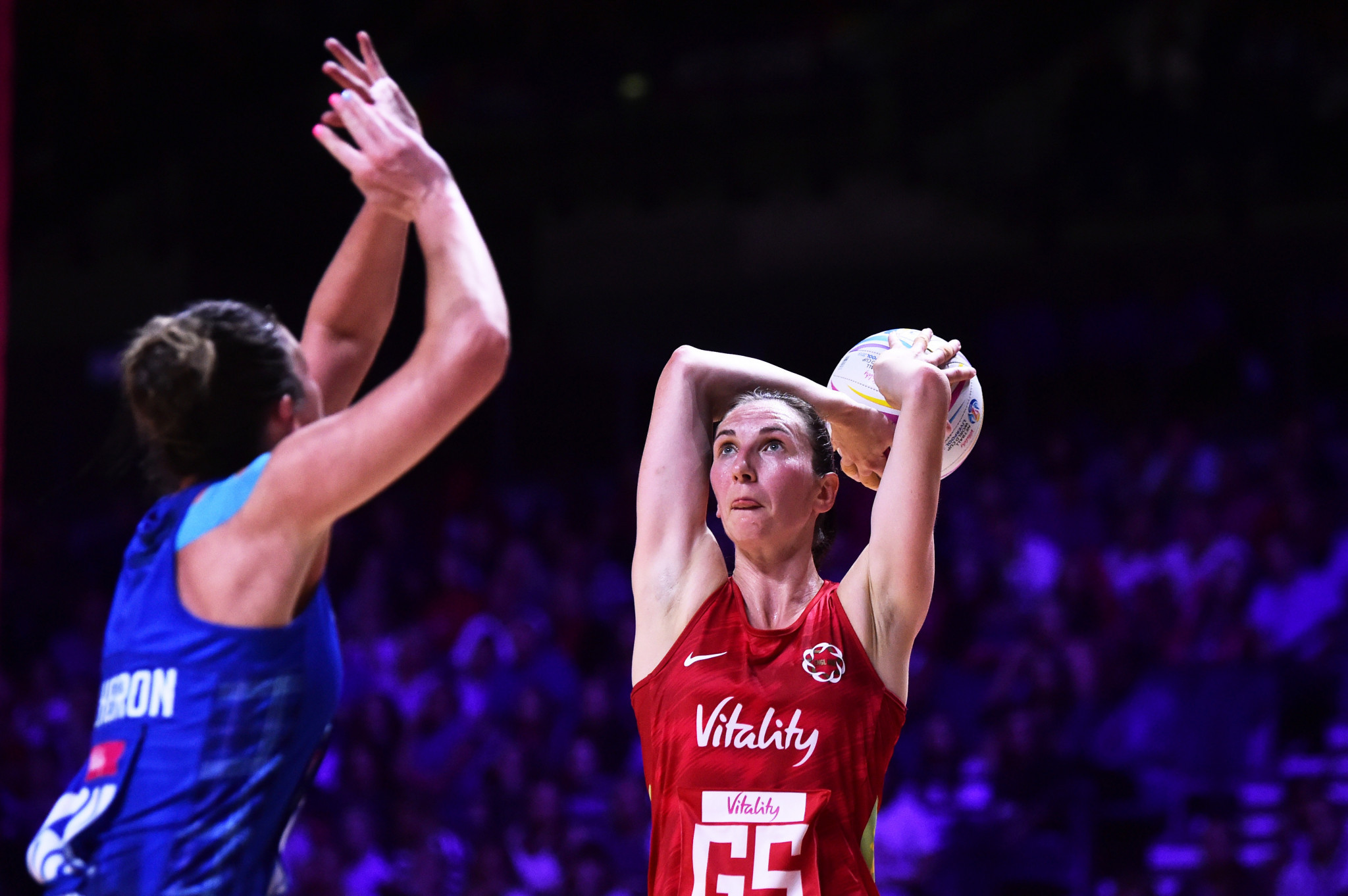 Favourites England and Australia continued their impressive form on the second day of the Netball World Cup with convincing victories at the M&S Bank Arena in Liverpool.

Reigning champions Australia saw off a spirited Zimbabwe team, taking part in their first ever World Cup, 73-37, with Caitlin Bassett particularly impressive in the shooting circle.

The victories ensure both Australia and England are guaranteed progress to the second preliminary round.

Australia will ensure they finish first in Group A if they beat Sri Lanka.

Scotland need to beat Uganda, who England defeated yesterday, to ensure snatch a top-three place in the Group to qualify for the next round.

Bassett scored 49 goals from 53 attempts - an accuracy rate of 93 per cent - for the Australian Diamonds and was named player of the match.

Wearing their alternate green dress, the Diamonds were made to work hard by their African opponents who gave no quarter.

After their heavy defeat to Australia yesterday, Northern Ireland bounced back by claiming their first victory of the tournament, beating Sri Lanka 67-50 in the other game in Group A.

Northern Ireland were inspired by Caroline O’Hanlon, who marked her 100th appearance for the Warriors with a victory.

Later on in the session, New Zealand and Malawi both recorded convincing wins in Group B.

The Silver Ferns, four time winners but seeking a first title since 2003, maintained their impressive start to the tournament with a 78-25 win over Barbados.

Jamaica claimed their second win of the tournament by beating Trinidad and Tobago 68-43.

South Africa did likewise with a comprehensive victory over Fiji, recording the tournament’s highest score in an individual game so far as they ran out 90-35 winners.