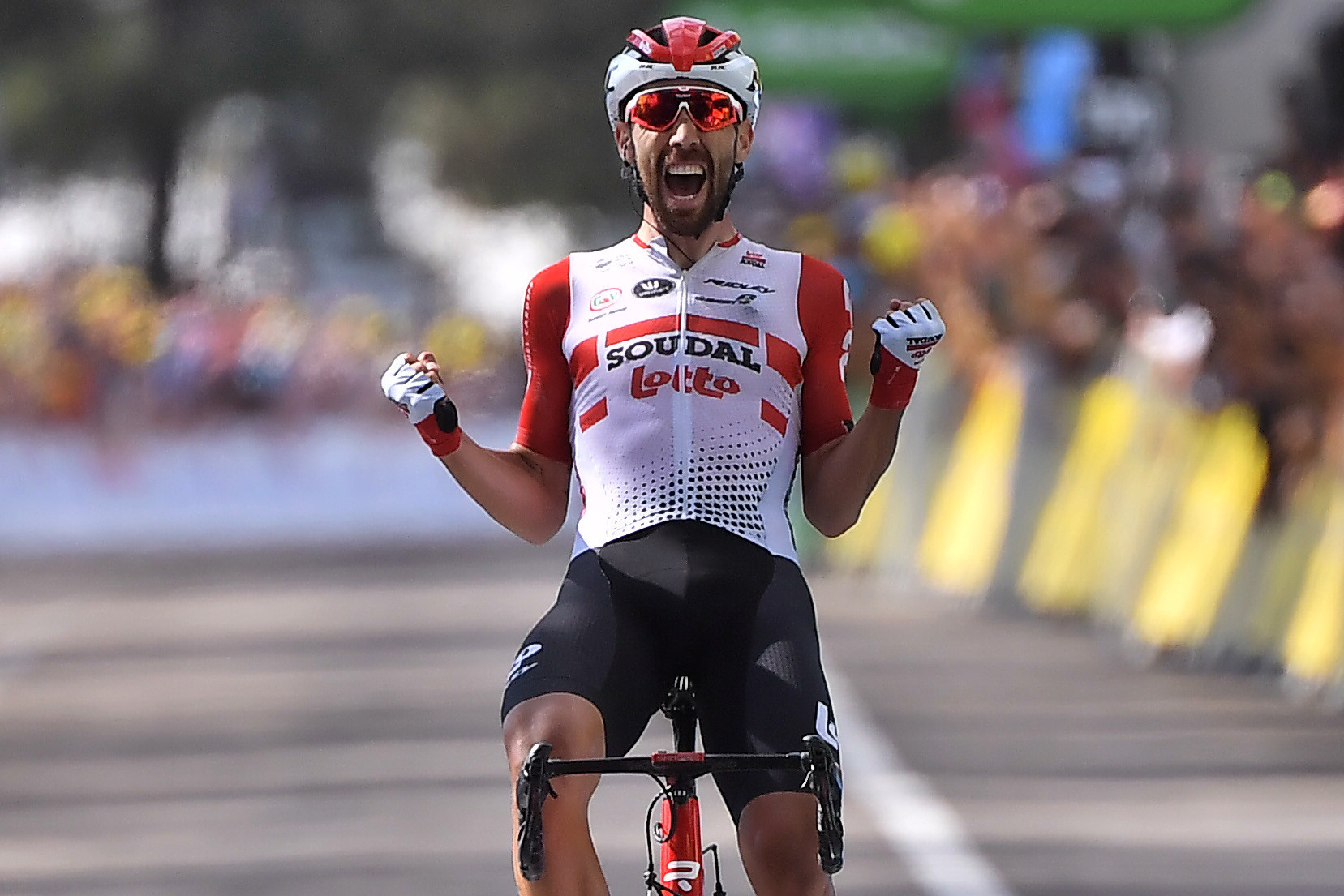 De Gendt, who rides for Lotto Soudal, triumphed in a time of 5 hours 17sec on the 200 kilometres route from Mâcon to Saint-Étienne.

His winning margin over Frenchman Thibaut Pinot of Groupama-FDJ was six seconds with Deceuninck-QuickStep’s Alaphilippe coming home in the same time as his compatriot.

"The bunch was coming closer but I had to go solo and stay ahead of them.

"I had really good feelings all day."

Defending champion Geraint Thomas of Great Britain recovered from a crash with 17km remaining to finish among the 32 riders that were 26 seconds adrift, including his main rivals.

He had lost it to the Trek-Segafredo rider after stage six.

Ciccone is 23 seconds behind in second, while Pinot is 53 seconds off the pace in third.

He trails Alaphilippe by 1:10, with Team Ineos' Thomas a further two seconds back.

Stage nine is due to take place tomorrow.

It is a 170.5km route from Saint-Étienne to Brioude.