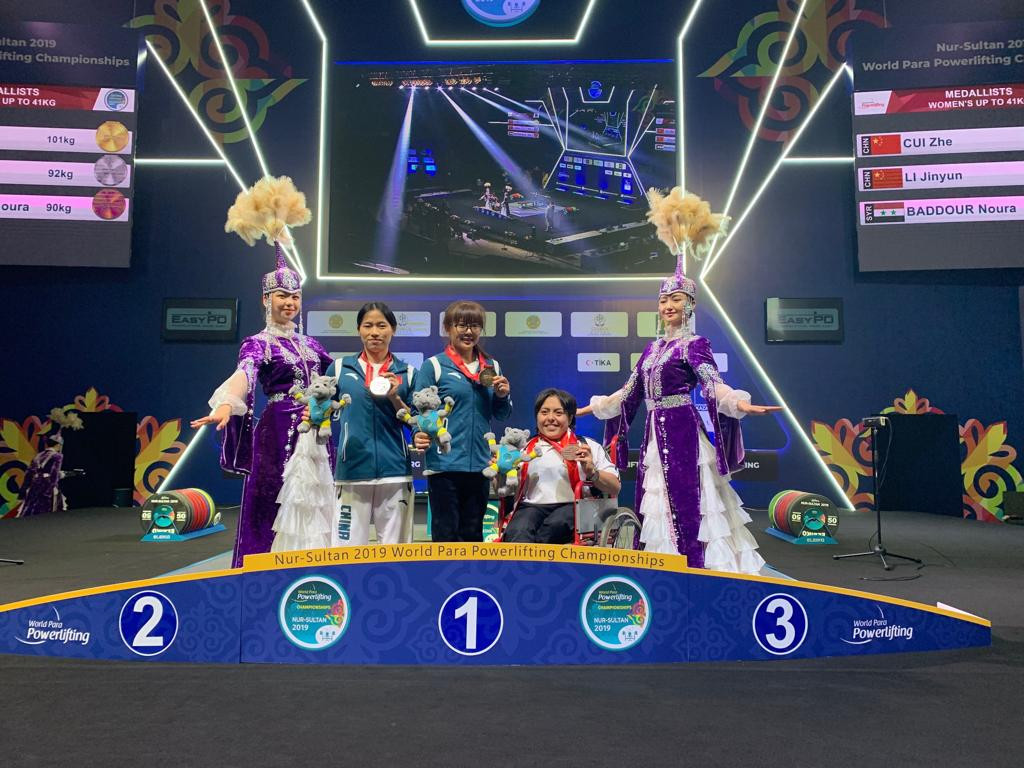 China’s Cui Zhe and Guo Lingling both broke world records on their way to claiming gold medals on the opening day of the World Para Powerlifting Championships in Kazakhstan’s capital Nur-Sultan.

Cui managed a lift of 104.5 kilograms on her fourth attempt to win the women’s up to 41kg event at Astana Congress Center.

It bettered the mark of 104kg set by Turkey’s Nazmiye Muratli at the 2016 Paralympic Games in Rio de Janeiro.

Guo later broke her own world record twice to secure the women’s up to 45kg title.

She did so with lifts of 117kg and 118kg, bettering the 115.5kg she posted at last year’s Asian Para Games in Indonesia’s capital Jakarta.

And the last session of the day belonged again to China 🇨🇳!
Guo Lingling broke the world record TWICE with lifts of 117kg and 118kg en route clinching the women's up to 45kg GOLD! 🥇

The aforementioned Muratli, competing at a higher weight, was the silver medallist after breaking her own European record three times with lifts of 108kg, 112kg and 116kg.

Rounding off the podium was Nigeria’s Latifat Tijani with 105kg.

Today’s one other gold medallist was Russia’s Vladimir Balynets, who broke his own European record twice to take the men’s up to 49kg crown.

Balynets passed the test of 160kg with his first attempt before bettering his continental mark of 166kg with lifts of 167kg and 173kg.

Jordan’s Omar Sami Qarada and China’s Zheng Yu were the silver and bronze medallists respectively, with both achieving a lift of 172kg.

Action in Nur-Sultan is due to continue tomorrow.