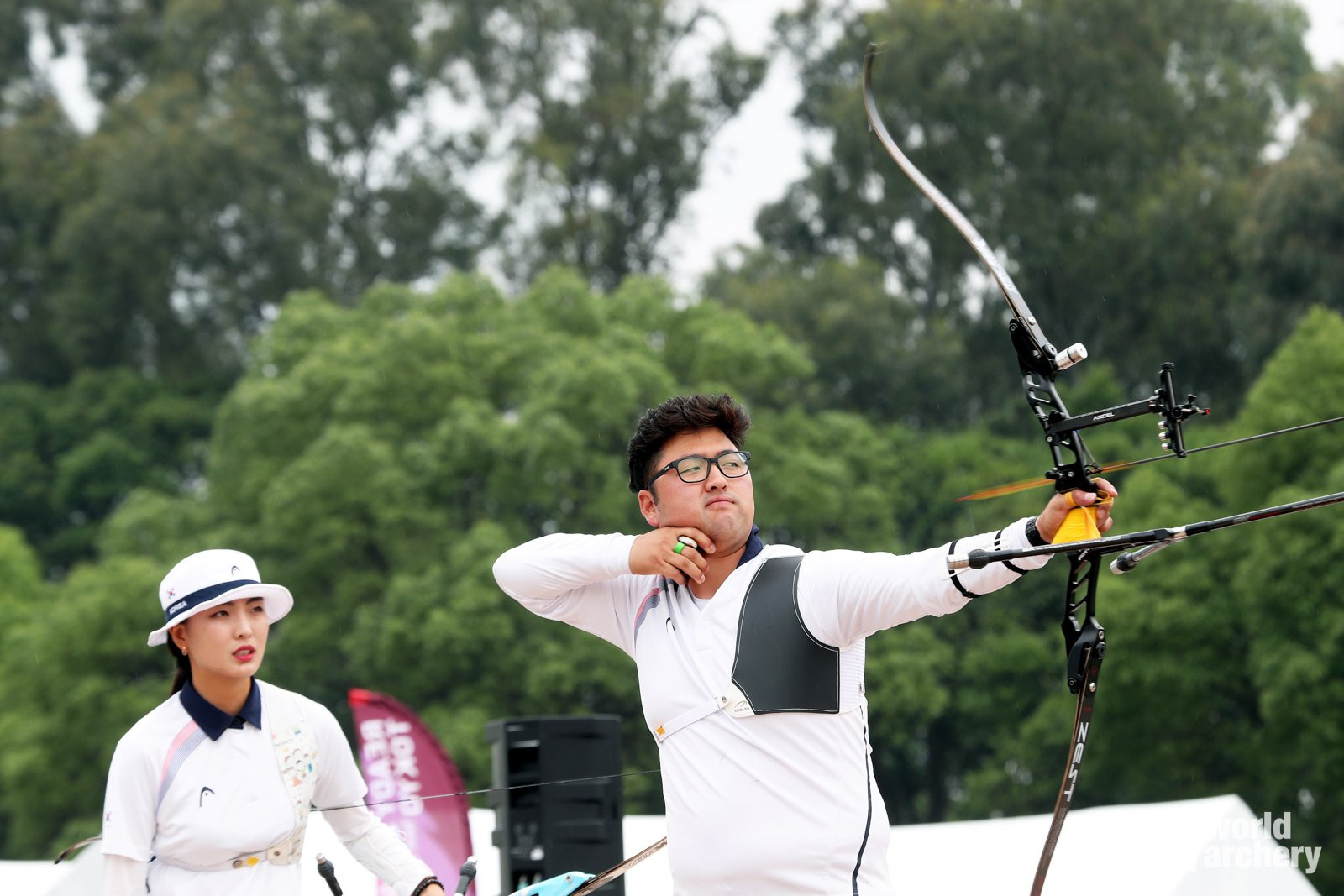 The Koreans dropped just three points in 12 arrows, one point in each of the three sets, and only once did they shoot a set that scored less than 38 points at Yumenoshima Archery Field.

“He is a great leader and it is good for me to be in a team with him,” said Jeon, speaking about Kim.

“I gave a lot in the competition.

“Winning (next year) will be a lot harder but I think Korea is the best.”

The mixed team event will make its debut at Tokyo 2020, increasing to five the number of archery gold medals available in the Games.

“I think I have gained a lot of experience in this test event in preparation for the Olympics,” said Kim.

“There will be many things changed here but the environmental factors will not change.

“That is why I am here to practise and if I am able to take part next year, this experience will not be wasted.

Daniel Pineda and Ana Maria Rendon shot sets of 38, 38 and 39 points to see off Tan Ya-ting and Kao Hao-wen.