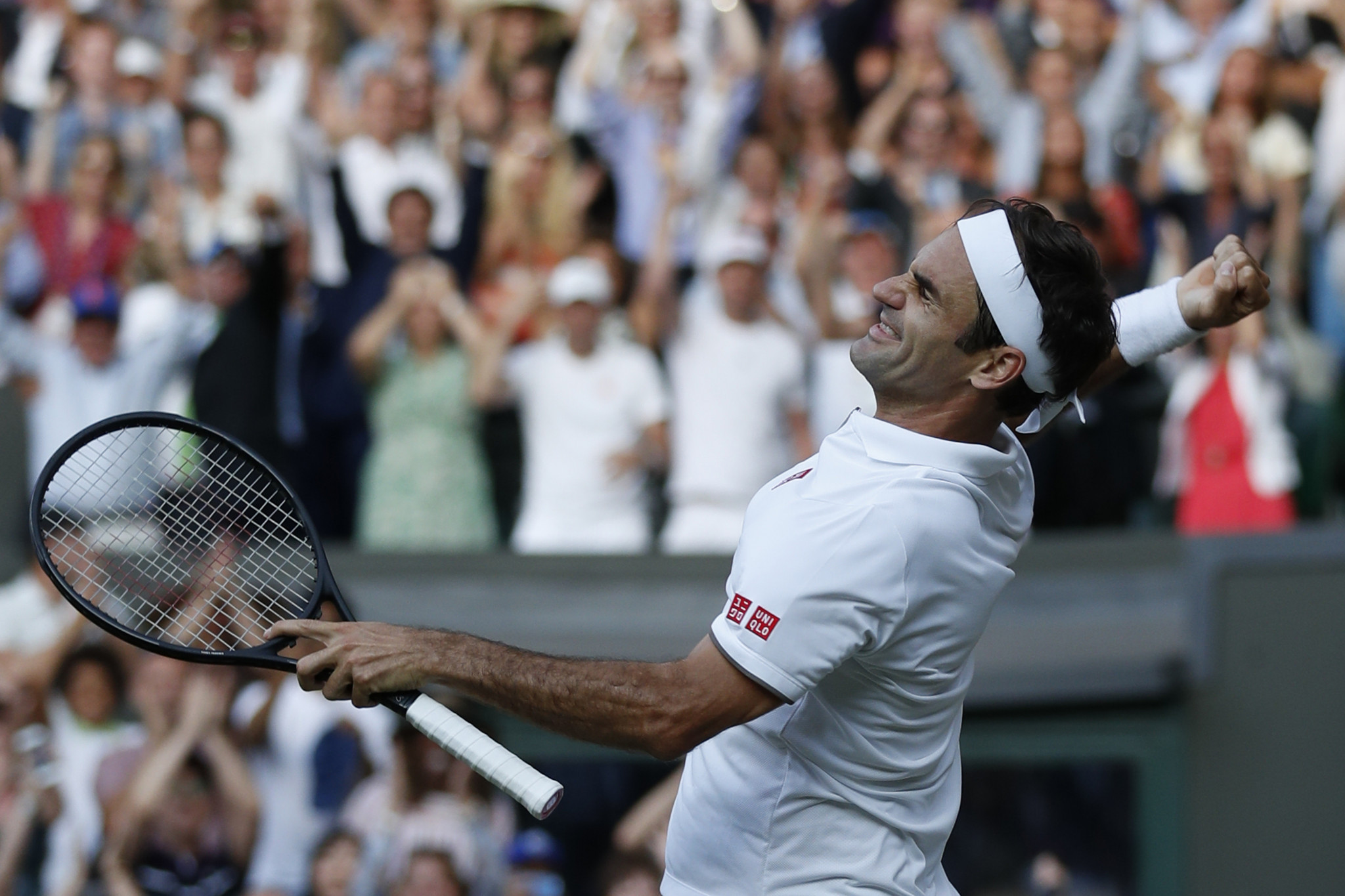 Roger Federer overcame arch-rival Rafael Nadal in a thrilling encounter to set up a meeting with Novak Djokovic in the men's singles final at Wimbledon.

The 37-year-old second seed moved to within one win of a record-equalling ninth Wimbledon crown with a 7-6, 1-6, 6-3, 6-4 triumph in front of a packed Centre Court.

Federer, whose last title at the All England Lawn Tennis Club came in 2017, will take on defending champion Djokovic in Sunday's (July 14) final.

The Swiss maestro will join the legendary Martina Navratilova on nine Wimbledon titles if he gets past top seed Djokovic, who beat Spain's Roberto Bautista Agut 6-2, 4-6, 6-3, 6-2 in the day's first semi-final.

Federer and Nadal's first meeting at Wimbledon since the 2008 final was an eagerly-anticipated clash and the two players lived up to expectations with a pulsating and enthralling match.

The Swiss edged a nervy first set on a tiebreak but Nadal responded in style in the second, dropping just one game on his way to levelling the contest.

Federer, seeking a 21st Grand Slam title, went up another gear in the third and fourth sets to seal an impressive victory.

He missed four match points before finally clinching a dramatic win on his fifth after Nadal had produced superb shots to stay in the game.

"I had spells where I was serving very well and probably the biggest points in the match went my way," Federer told BBC Sport.

"That first set was huge, to get the lead and try to protect it.

Djokovic continued his pursuit of a second consecutive Wimbledon crown and fifth overall after he battled past Bautista Agut.

The 32-year-old looked as if he would run away with the match when he broke the Agut serve at the first opportunity before cruising to the first set.

Agut, competing in his first Grand Slam semi-final, began to find his range in the second set as Djokovic faltered.

The Spaniard, who had beaten the Serb in their two meetings this year, also threatened in the third before the 15-times Grand Slam winner found his composure and the break he needed.

Djokovic closed out the match in the fourth to reach his 25th Grand Slam final, where he will meet Federer in another mouthwatering contest.

"To be in another final is a dream come true," he said.

"Regardless of the history and the many finals I've played, playing finals at Wimbledon is something different so I'll definitely enjoy that experience."