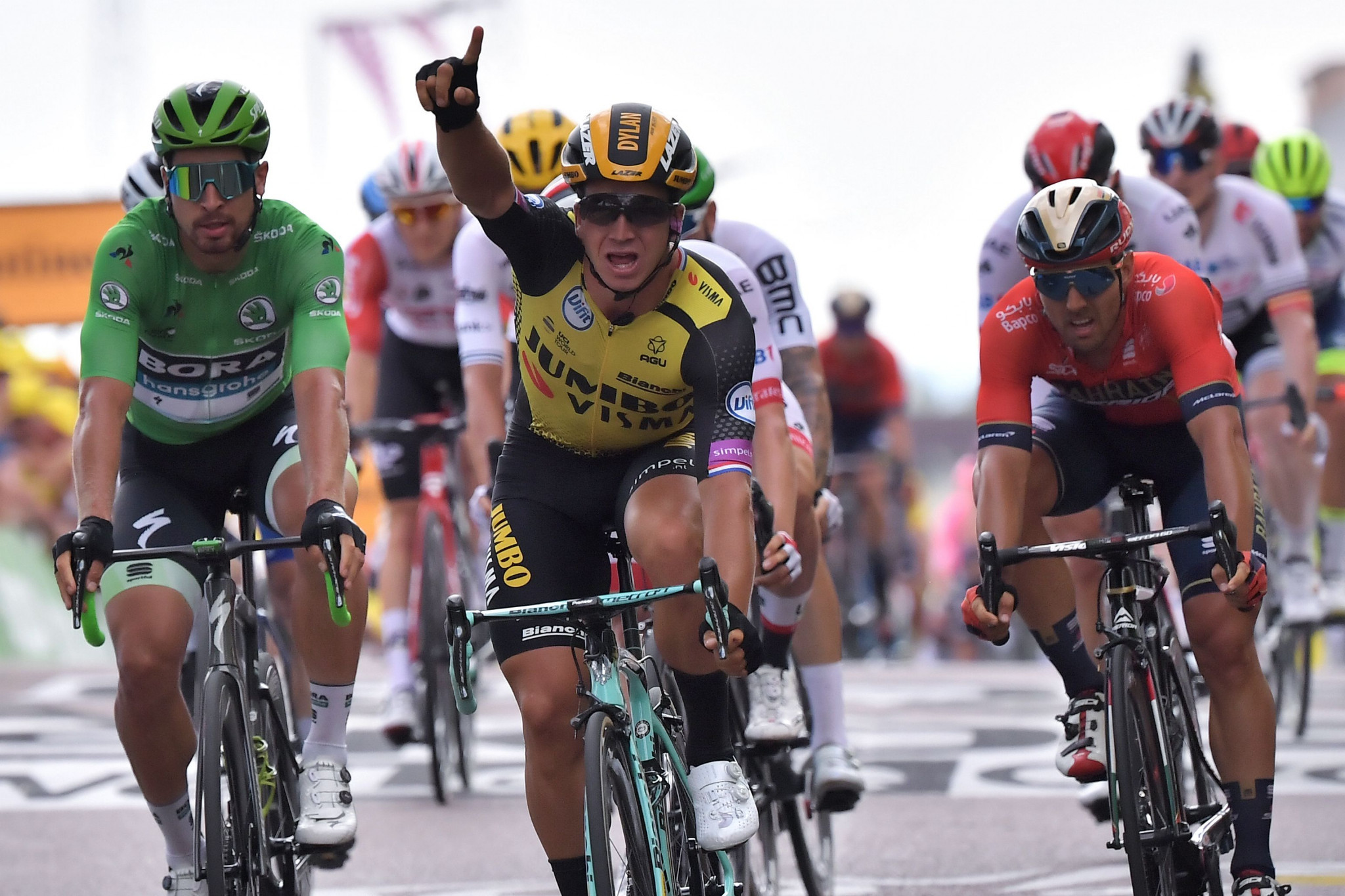 The Netherlands' Dylan Groenewegen won stage seven of the Tour de France after coming out on top in a dramatic sprint to the line.

The Team Jumbo-Visma rider got the better of Australia’s Caleb Ewan of Lotto Soudal and Slovakia’s Peter Sagan of Bora-Hansgrohe, clocking a time of 6 hours 2min 44sec for the 230 kilometres route from Belfort to Chalon-sur-Saône.

It was the longest stage on this year’s Tour de France.

The 218km break was brought to an end with 12km to go as the sprinters' trains started taking shape, while the general classification teams also tried to avoid trouble at the front of the bunch.

Ewan seemed to have the upper hand when he launched the sprint from afar, but Groenewegen surged back to overtake him by the slimmest margin on the line and secure his fourth stage win on the Tour de France.

France’s Julian Alaphilippe of Deceuninck-QuickStep is six seconds behind in second place.

Belgium’s Dylan Teuns, the winner of stage six yesterday, is a further 26 seconds off the pace in third.

Stage eight is due to take place tomorrow.

It is a 200km route from Mâcon to Saint-Étienne.