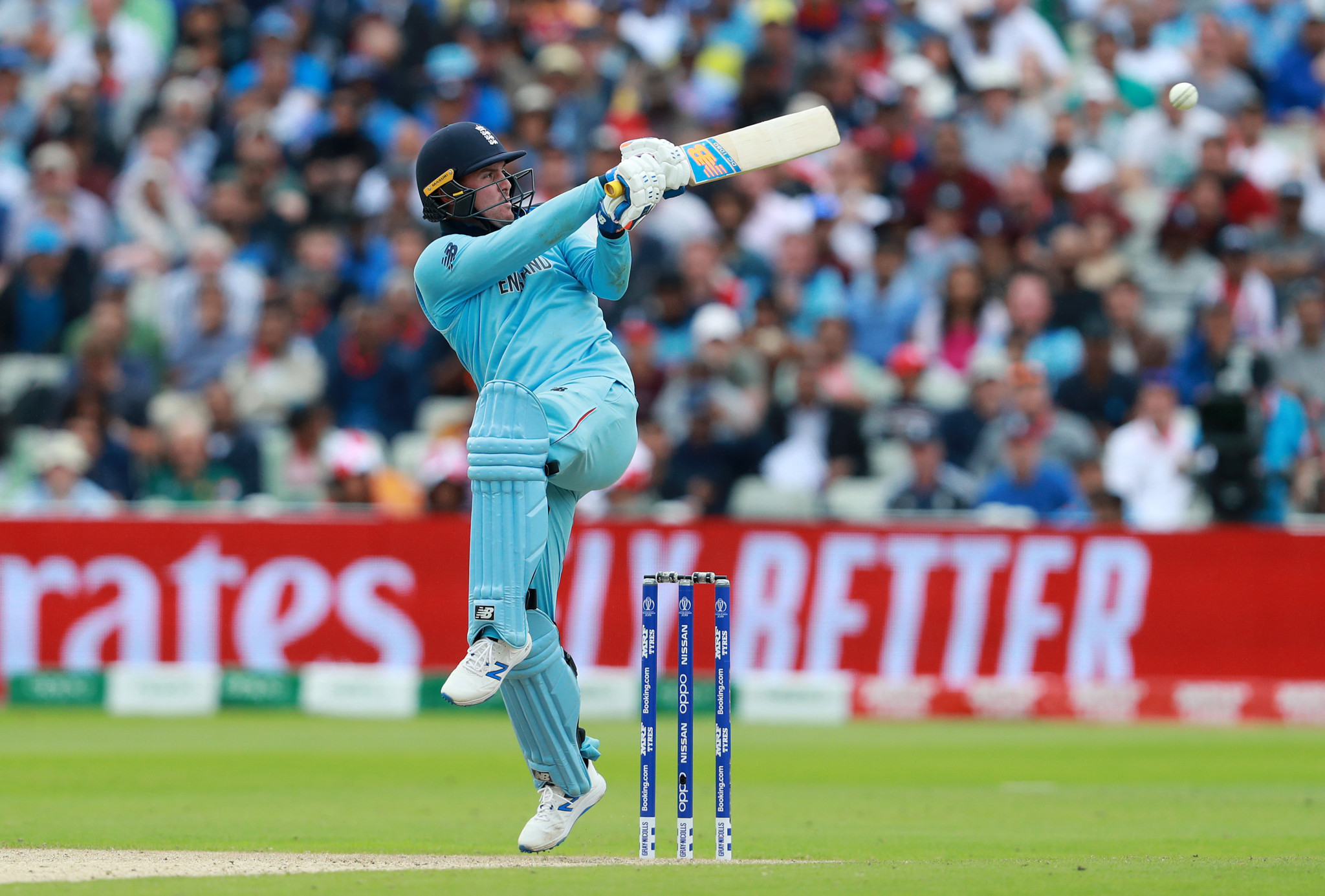 England produced a dominant performance with bat and ball as they thrashed arch-rivals Australia by eight wickets to set up a meeting with New Zealand in the final of the International Cricket Council Men's World Cup.

The host nation's bowling attack were too good for the batsmen in the second semi-final as the defending champions were bowled out for 223 at Edgbaston in Birmingham.

England made light work of the run chase, Jason Roy again playing a starring role with 85 and Joe Root chipping in with an unbeaten 49 as the home side reached the target with 107 balls remaining.

Victory secured England a place in the final of the Cricket World Cup for the first time since 1992.

They will face New Zealand, who beat India in the opening semi-final, at Lord's in London on Sunday (July 14).

Australia won the toss and elected to bat first, a decision which England capitalised on as Jofra Archer and Chris Woakes tore through their top order.

Captain Aaron Finch was leg before wicket to Archer's first ball of the match before David Warner edged Woakes to Jonny Bairstow.

Australia were teetering on the brink of collapse when Woakes bowled Peter Handscomb to reduce the 2015 winners to 14-3.

Steve Smith began to rebuild Australia's innings alongside Alex Carey and the pair put on 100 before the latter departed for 46.

Carey was quickly followed back into the pavilion by Marcus Stoinis, who went for a first-ball duck, as Australia continued to struggle against the England bowlers.

Smith started to play more expansive shots as he attempted to lift Australia to a respectable total but he was run out for 85 after a spectacular piece of fielding from Jos Buttler, whose direct hit went through the Australian's legs and on to the stumps.

Australia added just 16 more to their total afterwards as Woakes, who finished with figures of 3-20, got Mitchell Starc next ball and Mark Wood claimed the final wicket.

Archer was also impressive with the ball, taking 3-32, while Rashid ended with 3-54 from his 10 overs.

The formidable opening pair of Roy and Bairstow calmed any nerves inside the ground as they set about the run chase with confidence and composure.

They made 124 for the first wicket before Bairstow, who had earlier endured lengthy treatment for an injury, was out leg before wicket off the bowling of Starc for 34.

Roy followed in controversial fashion shortly after as he was given out despite appearing not to have hit the ball on its way through to wicketkeeper Carey.

An angry and frustrated Roy took his time to leave the pitch, ruing both the decision and Bairstow wasting their only review.

Captain Eoin Morgan and Joe Root then saw England home, scoring 45 not out and 49 not out, respectively, to send England into Sunday's final.