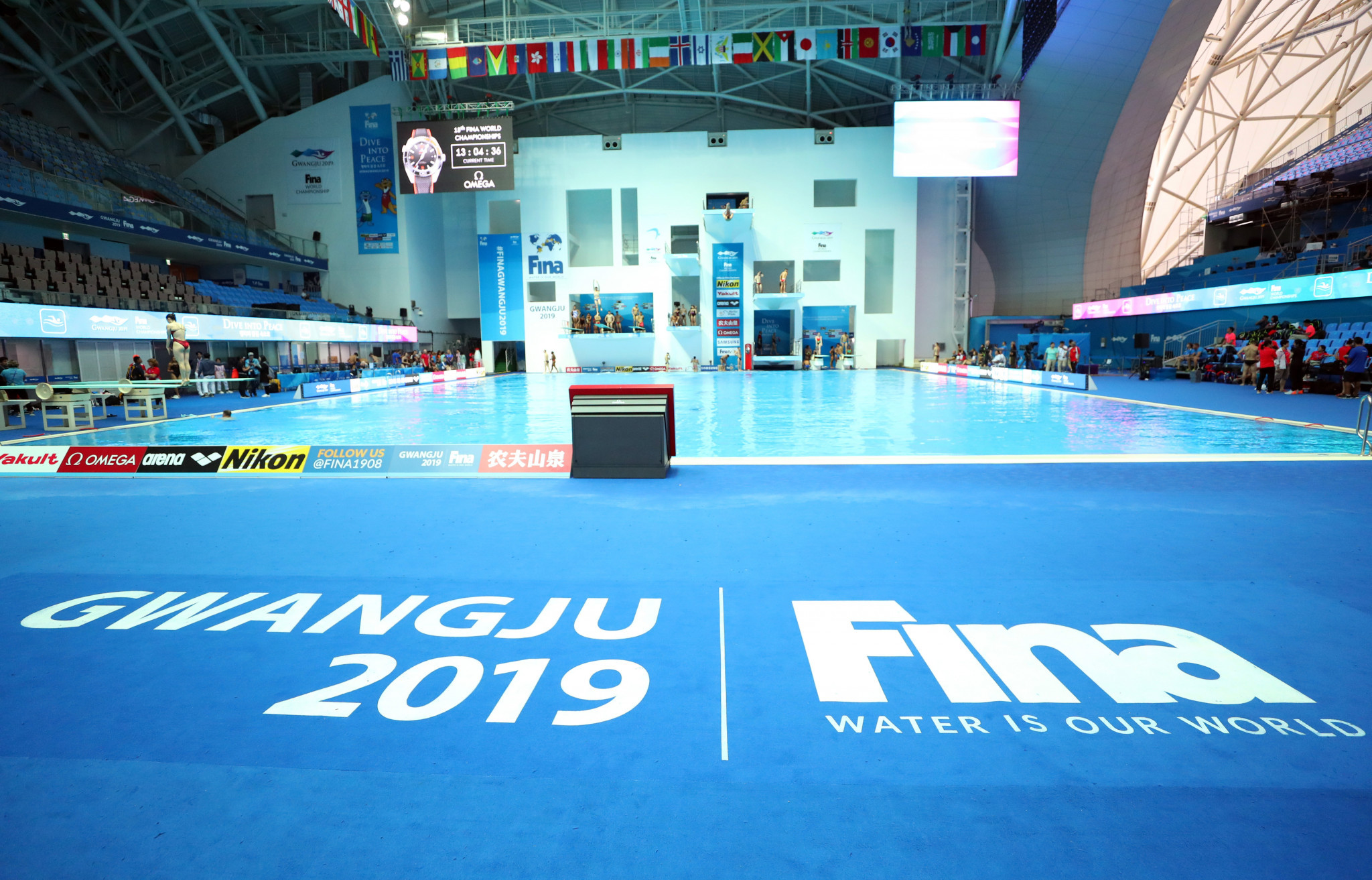 Gwangju will host one of the biggest events in global sport from tomorrow with the World Aquatics Championships opening in the South Korean city.

More than 2,500 athletes from 194 nations will compete across the six disciplines of swimming, diving, water polo, artistic swimming, open water and high diving.

Seventeen days of competition are planned until July 28 at what is a crucial stop before the Tokyo 2020 Olympic Games.

It will be the largest-ever edition of the International Swimming Federation's (FINA) flagship event.

Forty-two swimming gold medals will be up for grabs at the Nambu University Municipal Aquatics Center where a star-studded field will gather.

Five-time Olympic gold medallist and 14-time world champion Katie Ledecky of the United States will be one to watch after setting her sights on an ambitious individual quadruple in the 200 metres, 400m, 800m and 1,500m freestyle.

Her compatriot Caleb Dressel is another huge star competing for the US after the double Olympic champion won a memorable seven gold medals at the last World Championships in Budapest in 2017, matching the record of Michael Phelps.

He will defend individual titles in the 100m butterfly, 50m freestyle and 100m freestyle with the latter pitting him against South Africa's Chad le Clos and China's Sun Yang, who are both Olympic champions.

Diving action will see traditional powerhouse China expect to dominate again after they won eight of the 13 available golds in Budapest.

They have selected Olympic champions Shi Tingmao, Cao Yuan and Chen Aisen among their 14-strong squad.

Open water events will take place at the Yeosu Expo Ocean Park with artistic swimming at the Yeomju Gymnasium.

In the water polo competitions, Croatia's men and the United States women will defend their titles from Budapest.

They won Olympic gold at Rio 2016 as well as this year's World League title.

Action begins tomorrow with the Opening Ceremony and preliminary rounds in both diving and artistic swimming.

Hosts South Korea have selected their biggest-ever squad of 82 athletes but swimming's Olympic and world gold medallist Park Tae-hwan will not be among them.

Park, a controversial figure after failing a drugs test in 2015, announced he would not compete in Gwangju in April.