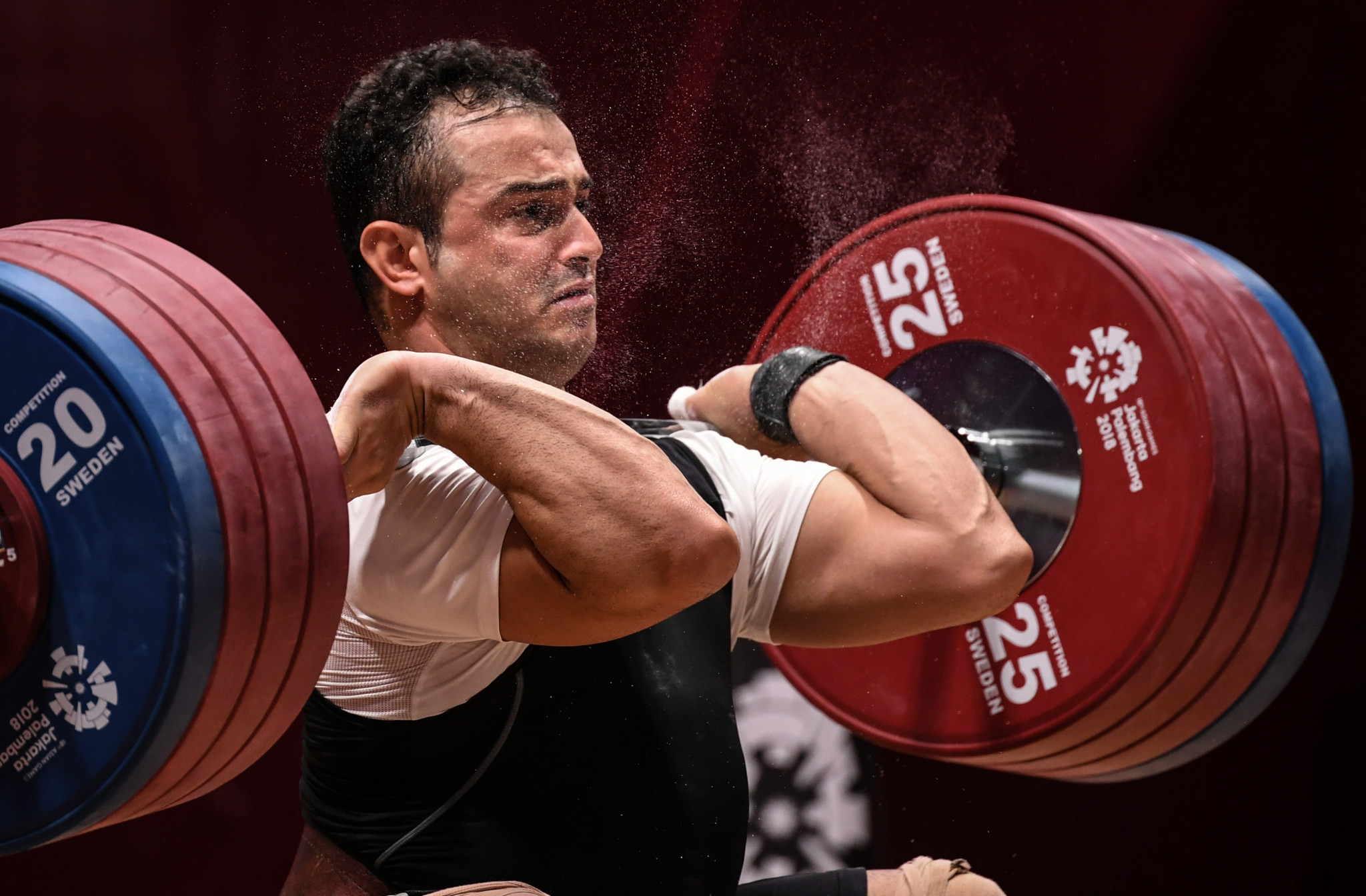 Sohrab Moradi, the world and Olympic champion and multiple world record holder, is out of the 2019 International Weightlifting Federation (IWF) World Championships after dislocating his shoulder in training.

It was the second serious injury in five months for Moradi, who was Iran's top hope for gold at the Tokyo 2020 Olympic Games but now looks highly unlikely to be there.

Daud Bagheri, head of the Iran Weightlifting Federation Medical Committee, confirmed to local media that Moradi would miss the World Championships in Thailand in September.

A meeting of the Committee would listen to advice from a team of experts before deciding whether Moradi should continue his attempts to qualify for Tokyo, Bagheri said.

There were suggestions by Iranian journalists that Moradi had returned to training too soon.

In February he suffered a serious spinal injury and after visiting a specialist in Germany was told to rest for six to nine months, and undertake physiotherapy exercises.

He was lifting yesterday and was in agony before being anesthetised in hospital.

Last year was a triumph for Moradi, who broke the sport's longest standing world record in winning the old 94 kilograms title at the Asian Championships.

He then set new 96kg records in taking the IWF world title in Ashgabat, Turkmenistan.

He was runner up to Georgia's Lasha Talakhadze in the world weightlifter of the year voting.

This year has gone from bad to worse for Moradi.

He has suffered those injuries and only last week he lost his clean and jerk world record to China's Tian Tao.

Last weekend, after Dr Ali Moradi – no relation – had been re-elected President of the National Federation, Sohrab Moradi told reporters that he was beginning to feel stronger and was confident of competing in Thailand.

Iran, which can send two men to Tokyo, may have to turn to Kianoush Rostami instead.

Thai city Pattaya is hosting the World Championships between September 16 and 25.