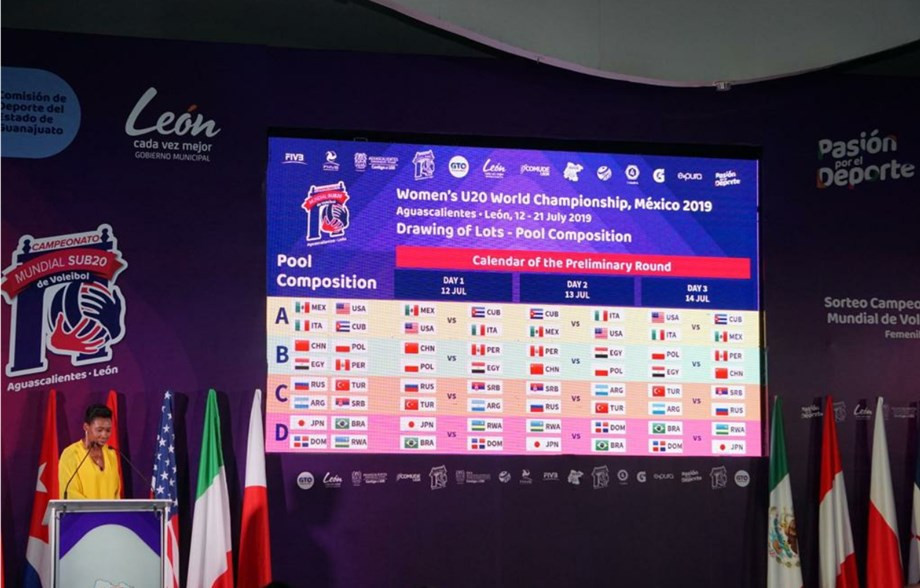 China will begin the defence of their International Volleyball Federation (FIVB) Women's Under-20 World Championship title tomorrow with a match against Peru in their opening Pool B clash in Mexico.

The match is due to take place at León’s Domo de la Feria, one of two venues being used for the 10-day event along with Hermanos Carreon Auditorium in Aguascalientes.

The two other teams in Pool B are Poland and Egypt.

Hosts Mexico will be up against Cuba, Italy and the United States in Pool A, while 2017 runners-up Russia have been drawn with Argentina, Serbia and Turkey in Pool C.

Pools A and D and the tournament finals will be held in Aguascalientes.

León will play host to Pools B and C.

It will be the second consecutive edition of the FIVB Women's Under-20 World Championship to be staged in Mexico.

The 2017 event took place in the cities of Boca del Río and Córdoba in the Mexican state of Veracruz.

The top two teams from each round-robin pool will be split into two further pools of four – Pools E and F.

The top two teams from Pools E and F will then qualify for the semi-finals, with the bottom two facing off in a play-off to be classified from fifth to eighth.

Competition is set to run over eight days with two rest days scheduled.