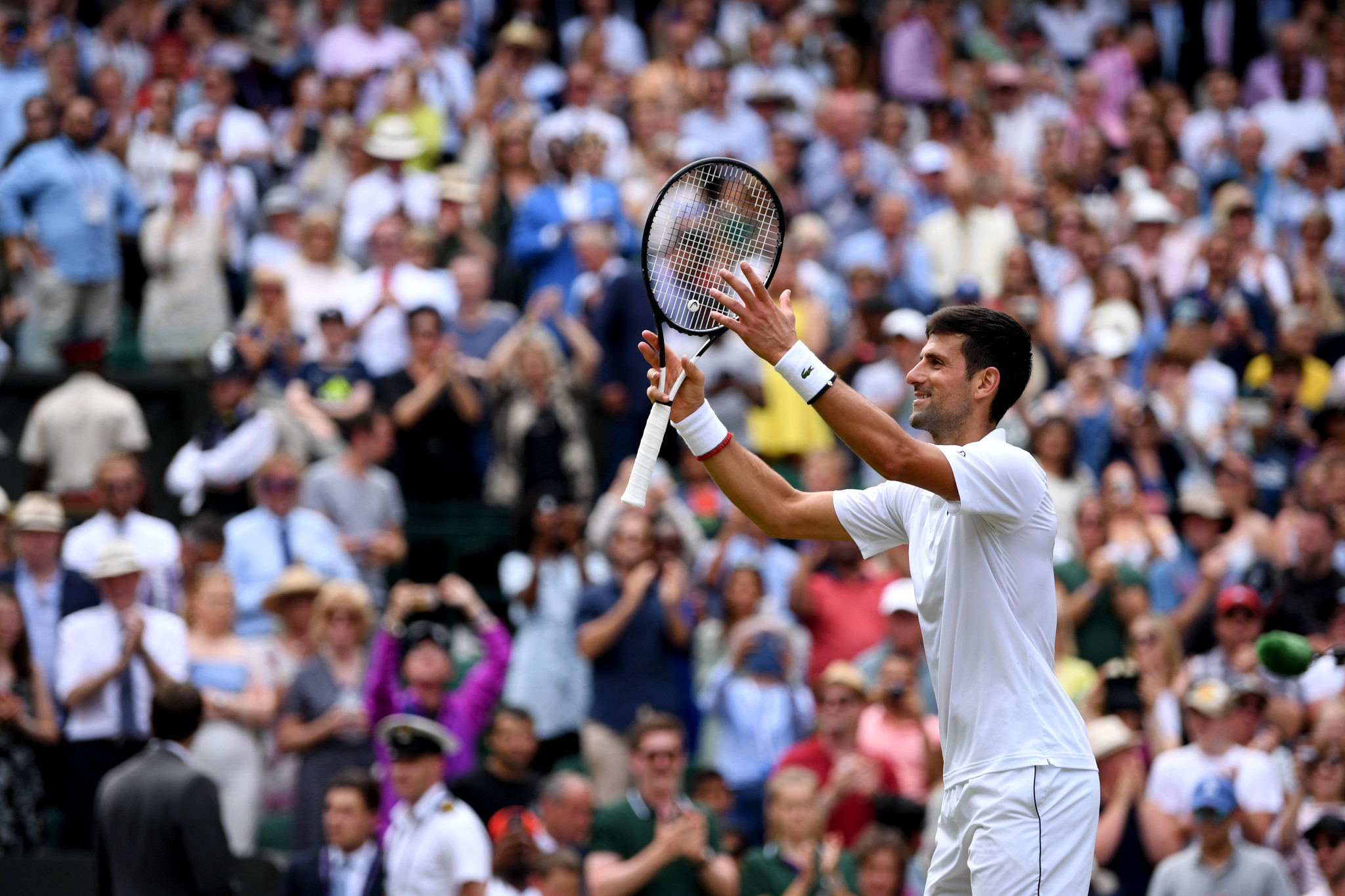 Defending champion Novak Djokovic eased to a straight-sets win over David Goffin to secure his place in the semi-finals of Wimbledon today.

Despite going a break down to his Belgian opponent in the first set, the Serbian world number one turned things round to triumph 6-4, 6-0, 6-2 on Centre Court at the All England Club.

"He was dictating the play from the baseline.

"Things could have gone a different way - who knows what the match would have looked like if I had lost the first set - but I was very pleased with the second and third."

Next up for Djokovic, chasing a fifth Wimbledon title and 16th Grand Slam, is set to be Spain's Roberto Bautista Agut, who beat Argentina's Guido Pella 7-5, 6-4, 3-6, 6-3 today.

He dropped the third set after taking the first two, but Pella seemed to run out of steam and was unable to recover after going a break down in the fourth game of the fourth set.

The other semi-final will see Roger Federer and Rafael Nadal play each other at Wimbledon for the first time since their classic 2008 final after both came through their quarter-final matches.

In the rain-affected final 11 years ago, Nadal won 9-7 in the fifth set against Federer to claim the first of his two Wimbledon crowns.

The match, which spanned nearly seven hours, is regarded by some as the greatest match in the history of tennis.

"We have a lot of information on Rafa, as does he on us," eight-time champion Federer was reported as saying by BBC Sport.

"So you can dive into the tactics like mad for two days, or you say, 'It's grass court tennis so I'm going to come out and play my tennis'.

"People always hype it up.

"It was a joy to play against Rafa on his court at the French Open and [I'm] very excited to play him here."

The men's singles semi-finals are due to take place on Friday (July 12).

The women's final is scheduled for Saturday (July 13) and the men's is set for Sunday (July 14).