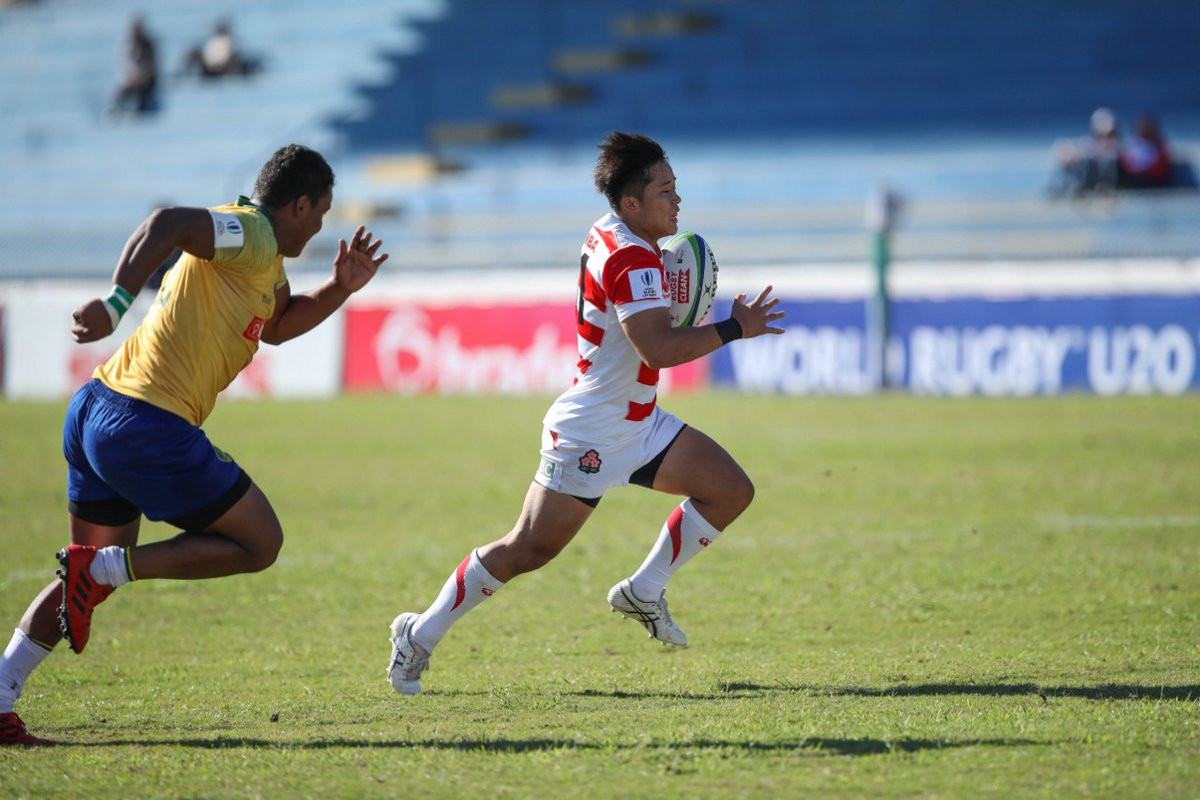 The Japanese were relegated from the top-tier World Rugby Under-20 Championship in 2018 and are looking to bounce back at the earliest opportunity through the second level event.

Only the winners of the tournament will be promoted with Japan's big Pool A victory at Estádio Martins Pereira ensuring the 2017 champions have made the best possible start.

The host nation of this year's Rugby World Cup ran in eight tries to add a bonus point – awarded for four tries or more – to the four they collected for their victory.

They only sit second in Pool A, however, after Uruguay roared to an even bigger win over Kenya.

The South Americans triumphed 63-11 and scored nine tries in the rout.

In Pool B, Tonga pipped Canada 26-25 in the most exciting game of the day.

Both sides crossed the whitewash four times to claim the try bonus in the evenly-matched contest.

Canada also received a losing bonus point as they were not defeated by a margin greater than eight.

The other Pool B game saw a big 59-27 win for Portugal over Hong Kong and sees them top the pile.

Eight tries were scored by the Portuguese but Hong Kong only dotted down three times so have not scored a point.

The pool phase of the tournament is taking place on three match days with the next on Saturday (July 13) before the concluding round on July 17.

A tough format will see only the pool winners progress into the final on July 21.

In the next round of matches Japan will play Uruguay and Kenya will meet Brazil in Pool A.

Rugby is said to have grown significantly in Brazil since the Olympic debut of sevens at Rio 2016.