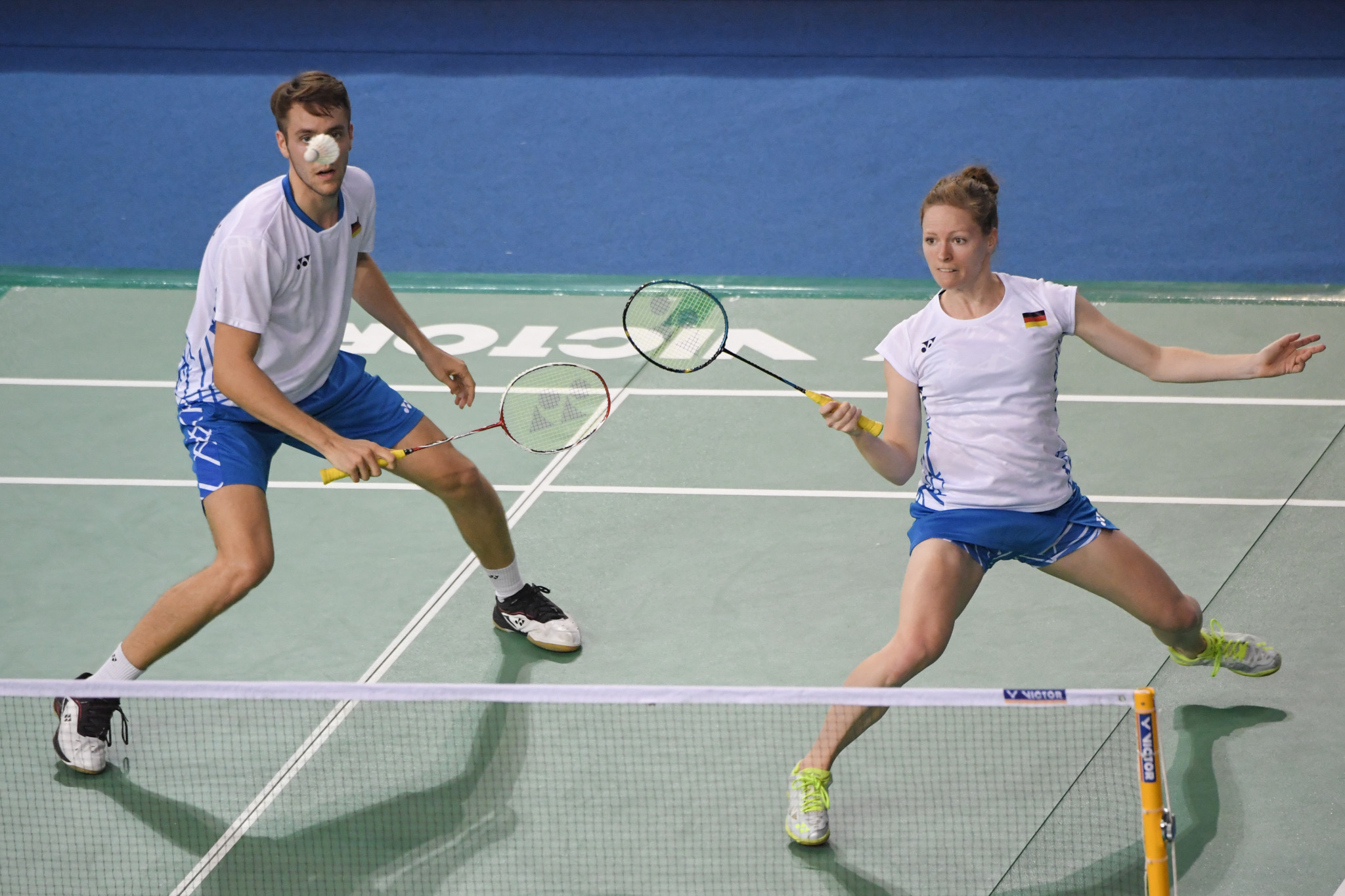 Germany's top mixed doubles seeds Mark Lamsfuß and Isabel Herttrich successfully negotiated the first round of the Badminton World Federation US Open as they knocked out a home pair.

The mixed was the only event to officially begin on day one in Fullerton with qualification taking place in the other draws.

Lamsfuß and Herttrich, the 2018 European champions, saw off 62-year-old American Mathew Fogarty and his 27-year-old partner Isabel Zhong 21-9, 21-7 to reach round two.

Their main threat at the World Tour Super 300 competition in the Californian city could be second-seeded compatriots Marvin Emil Seidel and Linda Efler who also made it through at Titan Gym.

They defeated another American pair in Sattawat Pongnairat and Jenna Gozali but needed three games to do so, eventually coming through 21-10, 18-21, 21-16.

The biggest casualties of the day were Denmark's fifth seeds Mathias Christiansen and Alexandra Bøje who lost to Chinese qualifiers Dong Weijie and Chen Xiaofei, 19-21, 21-19, 21-17.

In men's qualification today, reigning Youth Olympic gold medallist Li Shifeng of China made his way into the first round.

The 19-year-old Buenos Aires 2018 champion won the Canadian Open on Sunday (July 7) to seal a first senior crown and was too strong for American Nicholas Waller in his first qualifying match, winning 21-15, 21-9.

Li then faced a more difficult examination in his second match but battled to see off compatriot Hong Yang Weng 19-21, 24-22, 21-9 to reach the main draw.

He will now play France's eighth seed Thomas Rouxel in round one.

No male American players were able to reach the first round through qualifying as Vinson Chiu and Howard Shu joined Waller in exiting.

Lauren Lam did come through women's qualifying, however, seeing off Switzerland's Ronja Stern 21-12, 21-14 in her sole match.

She will now play South Korea's seventh seed Kim Hyo-min in the first round.