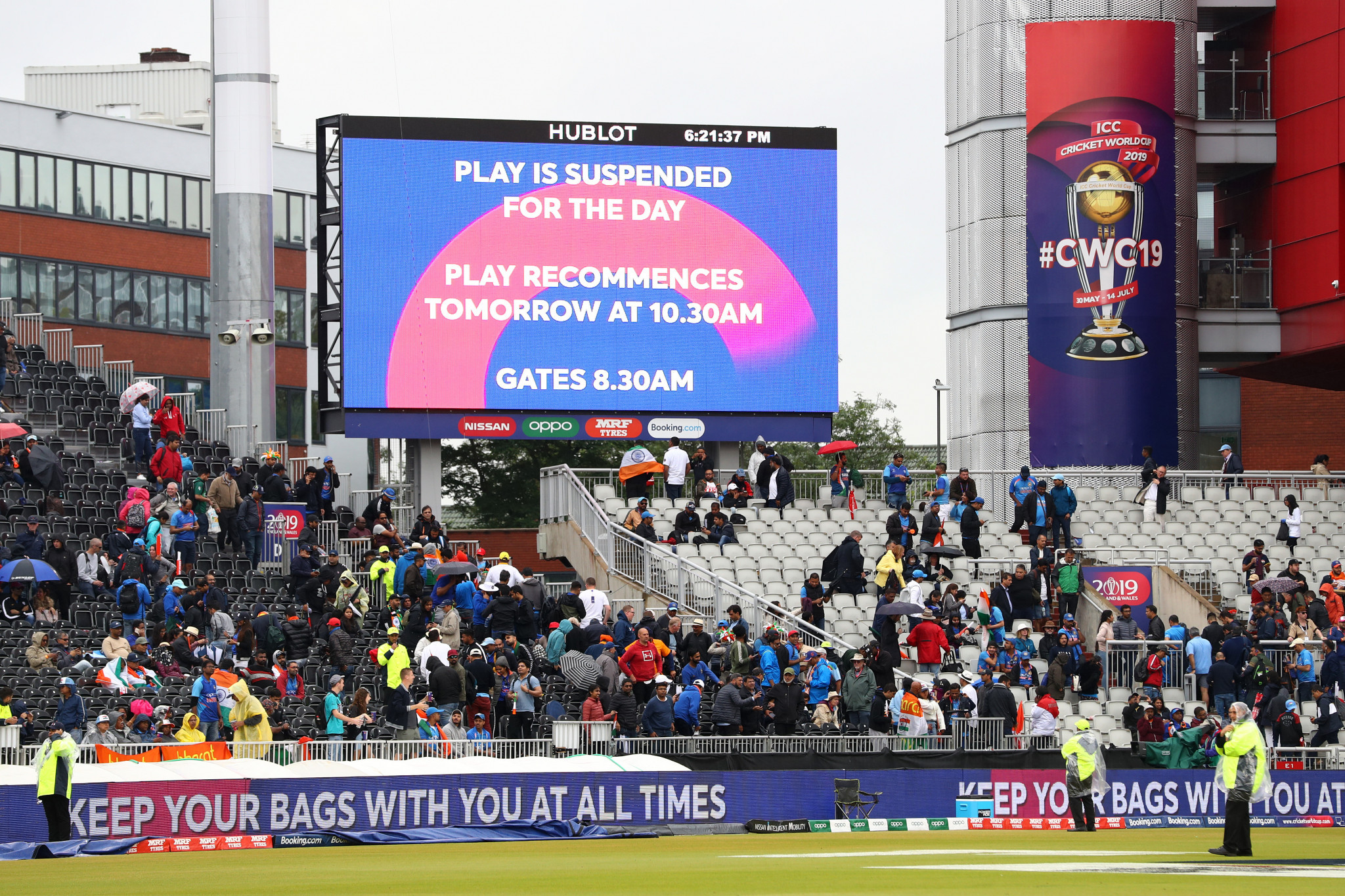 India and New Zealand will hope to resume their semi-final match in the International Cricket Council Men's World Cup at Old Trafford in Manchester tomorrow after rain forced today's play to be abandoned.

Heavy rain started at about 2pm and continued throughout the afternoon.

Play was cancelled with India seeming to be on top.

Captain Kane Williamson had top-scored for New Zealand with 67 alongside Ross Taylor.

Taylor was not out, also on 67, when play was stopped for the day.

Taylor and his partner, Tom Latham, who was three not out, will be hoping to help New Zealand reach at least 250 to give their bowlers something to aim for.

Play is due to start again tomorrow at 10.30am as, unlike the group matches, organisers had factored in a reserve day should the weather intervene.

But the weather forecast on Wednesday is for more showers.

If it rains again - and the two sides fail to reach to reach a result - then India will qualify for the final at Lord's in London on Sunday (July 14) because of their superior group stage record.

The group match between the teams at Trent Bridge in Nottingham last month was washed out without a ball being bowled.

The second semi-final between hosts England and Australia is due to take place at Edgbaston in Birmingham on Thursday (July 11).