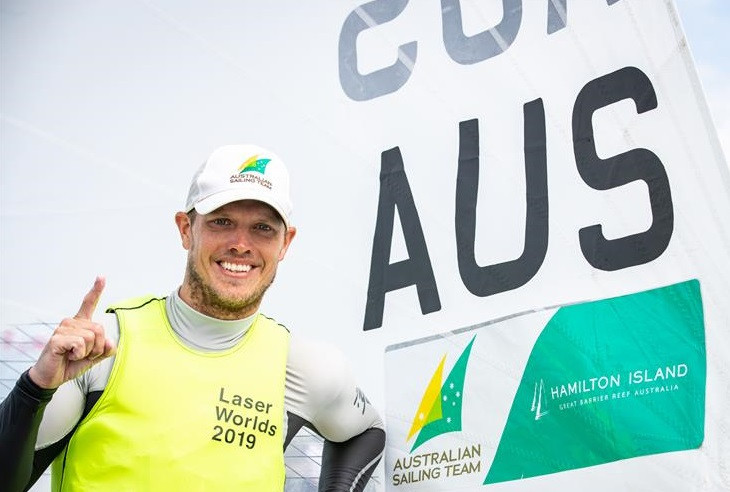 The Australian enjoyed an 18-point lead going into the last two races in Japan so knew he would be crowned as world champion barring severe mistakes.

In his first outing on the water Burton sailed conservatively and finished 14th, his second poorest finish of the week which meant it was discarded from his score.

His nearest challenger, France's Jean-Baptiste Bernaz, was eighth, while third-placed Australian Matthew Wearn was sixth to leave Burton with a 13-point advantage over both men going into the last race.

Both challengers needed to win and hope that Burton ended lower than 13th to snatch away the world title but they were soon ruled out of contention as Brazil's Bruno Fontes led from the front en-route to victory.

Burton was 51st but it did not matter as this was discarded and the Rio 2016 gold medallist won the world title on 59 points.

Wearn came fifth to move up to silver medal position on 63 as Bernaz's 20th place saw him plummet to sixth overall on a tally of 78.

George Gautrey of New Zealand was second in the first race and ninth in the second to move up to overall bronze on 69 points.

Another New Zealander, the Rio 2016 bronze medallist Sam Meech, won race one but could not climb into the medals after ending race two in 12th.

He finished with a total on 72 points while Fontes' win saw him end 25th with 160 points when coupled with a 10th place from race one.

The victory was Burton's first at a World Championship after previous silver medals in 2014 and 2017.

Five sailors also earned Tokyo 2020 Olympic berths for countries which had not already qualified thanks to their performances.