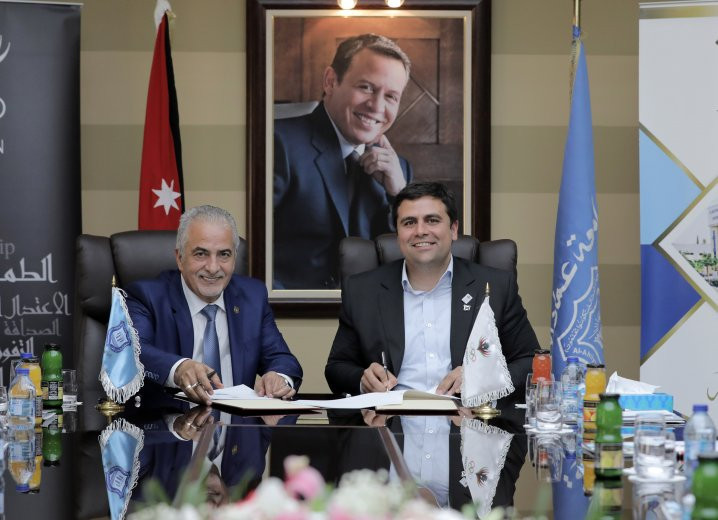 The Jordan Olympic Committee (JOC) has struck a deal with Ahliyyeh Amman University which will see scholarships created for students on the Olympic Preparation Programme.

A ceremony to mark the cooperation agreement was held at the university with JOC secretary general Nasser Majali among those present.

Sari Hamdan, the President of the university in the country's capital, was also in attendance.

"These grants will provide athletes with a reassurance about their future away from sport, helping them to concentrate fully on their bid to achieve success for the Kingdom," said Majali.

Hamdan said it was important that the educational sector supported the country's athletes.

"The Ahliyyeh Amman University is delighted to support outstanding Jordanian youngsters," he added.

"The university administration decided to provide scholarships to distinguished students from the Olympic Preparation Programme because we are well aware of the efforts exerted by these players and the sacrifices they make to raise the Jordanian flag in regional and international championships."

Three students who will benefit from the deal were honoured at the signing ceremony − taekwondo's Ahmad Abughaush, Saleh Al Sharabati and Zaid Al Halawani.

Abughaush won Jordan's first Olympic medal of any colour when he secured gold at Rio 2016 in the men's 68 kilograms division.