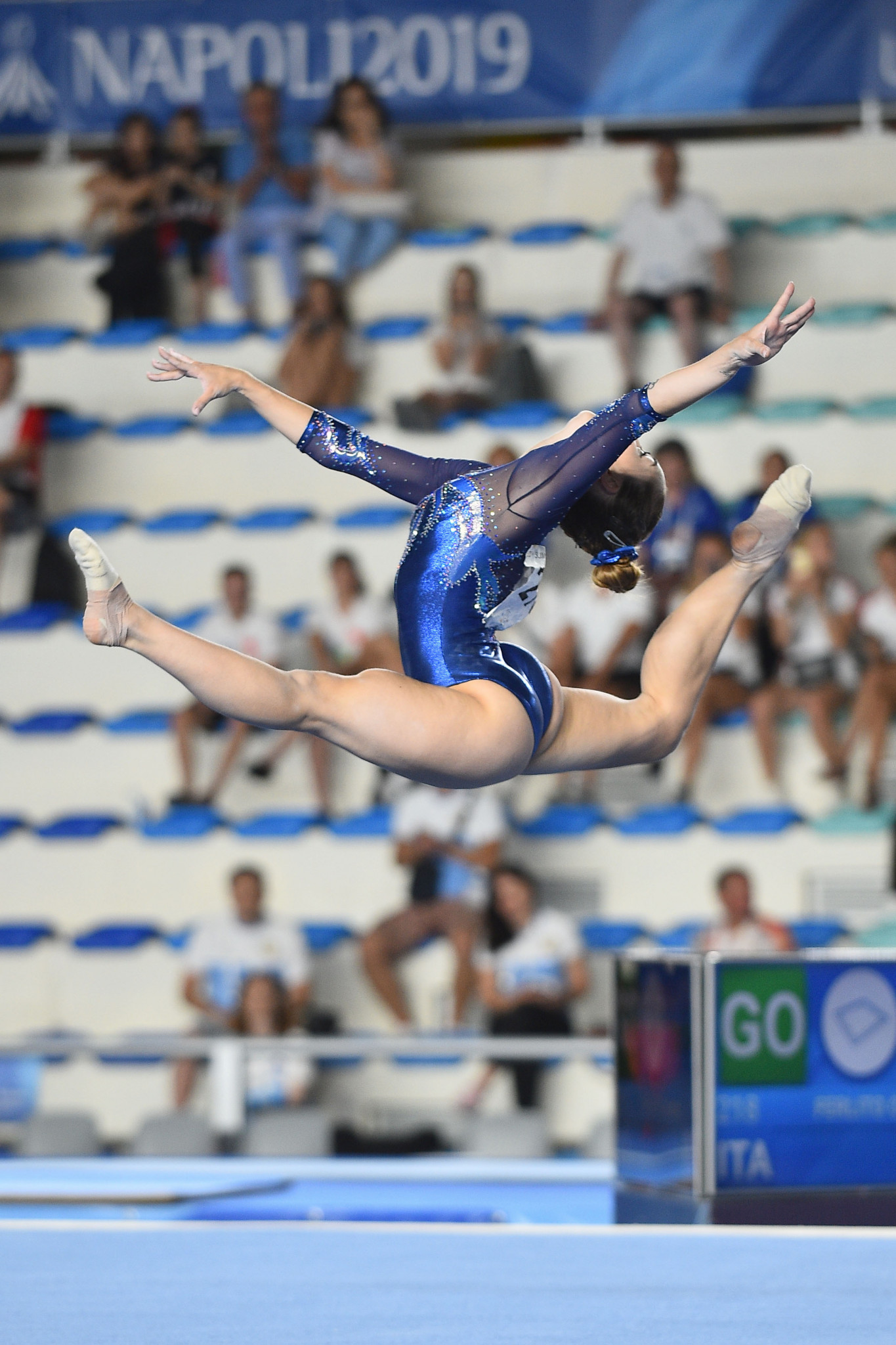 Italian gymnast Carlotta Ferlito says she is putting past indiscretions behind her with a more focused approach to competition after winning home gold at the Summer Universiade in Naples.

Ferlito, 24, has been castigated after allegedly making a racist comment towards American gymnast Simone Biles during competition.

After claiming the women's floor gold as the artistic gymnastics programme concluded here yesterday, the controversial star claimed to have matured in recent years.

In an interview with Gazzetto dello Sport Ferlito says she has been too direct in the past.

She told the Italian sports newspaper that this has allowed people to put her down and be critical of her attitude.

Having won bronze in the women's team all-around competition earlier at the Universiade, Ferlito says she is now focusing on her own ambitions and is making the most of her opportunities with a fresh outlook.

At the inaugural Summer Youth Olympics in Singapore in 2010, Ferlito won a silver medal and two bronzes in the artistic gymnastics.

She represented Italy at the London 2012 and Rio 2016 Olympics and was the last Torchbearer for Wednesday's (July 3) Opening Ceremony at San Paolo Stadium here.

Public opinion in Naples is still divided on Ferlito, with some quarters claiming she has learnt from her mistakes and others maintaining that the jury is still out.